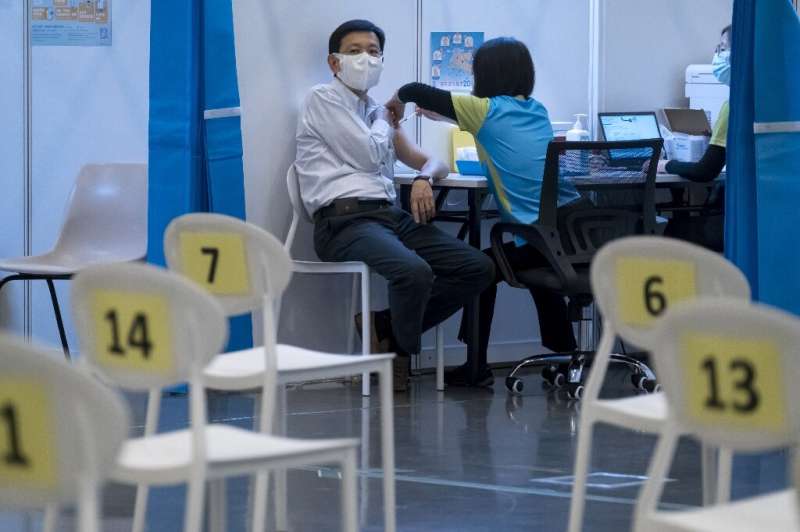 Hong Kong may soon have to throw away millions of coronavirus vaccine doses because they are approaching their expiry date and not enough people have signed up for the jabs, an official warned Tuesday.

Hong Kong is one of the few places in the world fortunate enough to have secured more than enough doses to inoculate its entire population of 7.5 million people.

But swirling distrust of the government as it stamps out dissent—combined with online misinformation and a lack of urgency in the comparatively virus-free city—has led to entrenched vaccine hesitancy and a dismal inoculation drive.

On Tuesday a member of the government’s vaccine task force warned that Hong Kongers “only have a three-month window” before the city’s first batch of Pfizer-BioNTech vaccines go out of date.

“The vaccines all have expiry dates,” Thomas Tsang, a former controller of the Centre for Health Protection, told RTHK radio.

“They cannot be used after the expiry date and the community vaccination centres for BioNTech will, according to present plans, cease operating after September.”

Tsang said it was “just not right” that Hong Kong was sitting on an unused pile of doses while the rest of the world “is scrambling for vaccines”.

And he warned new doses were unlikely to be delivered.

“What we have is probably all we have for the rest of the year,” he said. 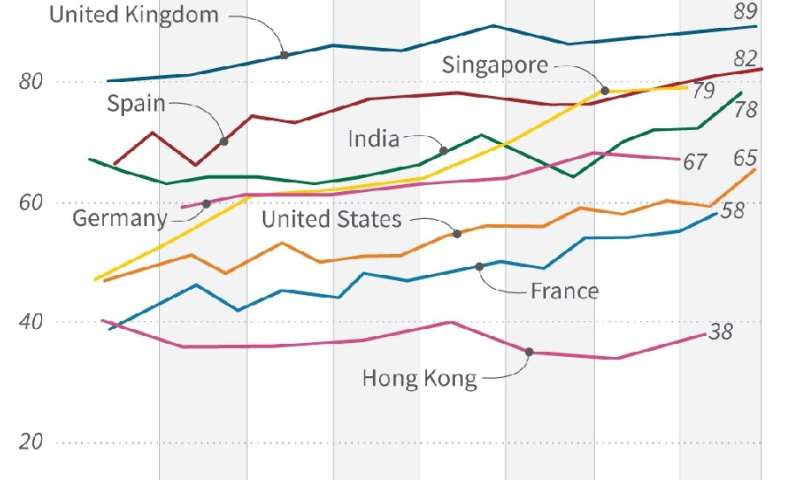 Hong Kong bought 7.5 million doses each of the Pfizer-BioNTech vaccine and China’s Sinovac.

The latter has yet to be approved by the World Health Organization but was fast-tracked for use by city health regulators.

It also pre-ordered 7.5 million doses of AstraZeneca jabs but scrapped that deal earlier in the year, with authorities saying they planned to use the money for second-generation vaccines next year.

So far just 19 percent of the population has received one dose of either vaccine, while 14 percent has received two doses.

Hesitancy is common even among the city’s medical workers. Earlier this month, the city’s Hospital Authority revealed only a third of its staff had taken the opportunity to be vaccinated.

There are currently millions of unused Pfizer-BioNTech shots, which must be stored at ultra-low temperatures and have a six-month shelf life.

Hong Kong’s vaccine hesitancy comes as many nearby countries are scrambling to secure enough doses as the coronavirus wreaks havoc. 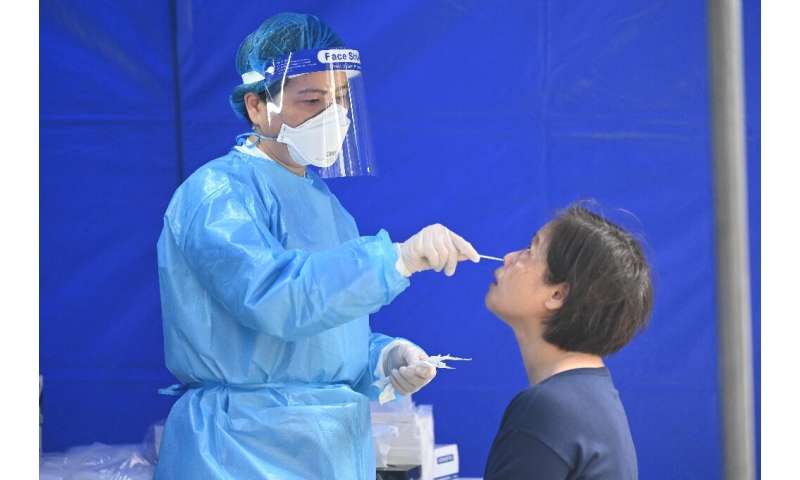 In recent weeks, some Hong Kong politicians have suggested the city could look to send unused vaccines overseas if take-up does not improve.

Public trust in the Hong Kong government has been at historic lows since Beijing and local authorities cracked down on dissent to end huge and often violent democracy protests that broke out in 2019.

Officials have also struggled to come up with incentives to encourage vaccination in a city where long quarantine measures and economically painful social distancing rules have kept infections low.

Instead officials have largely put the onus on businesses to push employees into vaccinating.

Earlier this year the government announced HK$5,000 ($640) spending vouchers for all residents as a way to boost the economy.

Some critics suggested the government should either link those vouchers to vaccination certificates—or provide further cash handouts for the inoculated.

However on Tuesday city leader Carrie Lam rejected that suggestion.