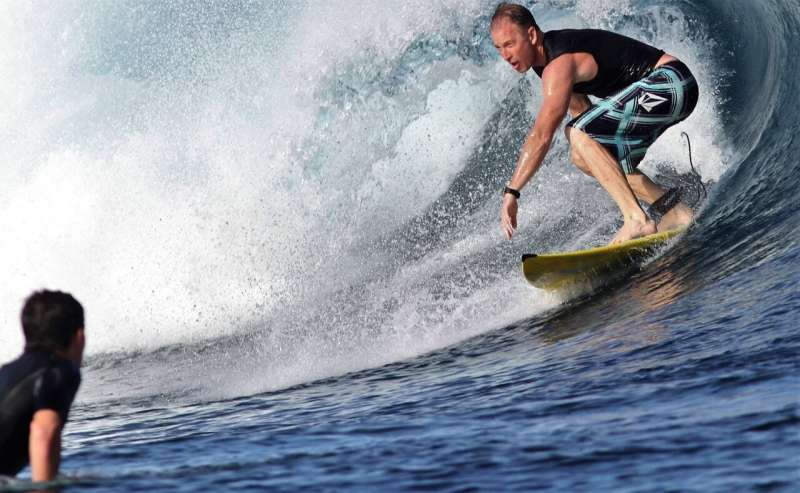 Patients with new spinal cord injuries whose blood pressure is maintained within a newly defined range during surgery may stand a better chance of regaining some mobility and functionality—even in patients with the most devastating injuries—according to a new study by researchers at UC San Francisco.

For one patient in particular, a father of two injured in a surfing accident, the innovative insight and bench-to-bedside research that followed meant the difference between total paralysis and resuming his life.

Using a novel machine-learning technique called topological data analysis (TDA) – so-called because it borrows concepts from geometric topology—the researchers were able to identify patterns in large datasets to find connections never before understood that explain why some people recover some motor control after a significant injury, while others are left with total paralysis. The study also may have ramifications for patients undergoing spinal surgeries for more common conditions, the researchers said, although further investigation is needed.

“Without the use of TDA, data would be heterogenous, overwhelming and beyond human comprehension,” said co-corresponding author Adam Ferguson, Ph.D., director of data science at the UCSF Brain and Spinal Injury Center, who was the first scientist to harness machine learning as a tool to uncover the connection between spinal cord injury recovery and blood pressure, using data from both published and unpublished studies.

“Topological data analysis helped us to ‘see’ patterns that are difficult for humans to see,” said Ferguson, who is also affiliated with the UCSF Weill Institute for Neurosciences.

The study, which draws from retrospective data from hospital operating rooms, publishes in the journal eLife on Nov. 16, 2021, and follows preclinical research by Ferguson, using data from both published and unpublished studies.

The study’s authors include those from four other institutions (see below) as well as TRACK-SCI investigators, a UCSF-led collaboration of researchers, clinical researchers and clinicians tasked with generating new treatments from the bench to the bedside.

Spinal cord injury affects approximately 18,000 people in the United States each year, with a total prevalence of around 300,000 cases, according to the National Spinal Cord Injury Statistical Center. Car accidents and falls are the most common causes with more than 50 percent of injuries affecting the cervical spine, the neck region, which is associated with greater impairment and more serious complications.

In the current study, the researchers tracked data from 118 patients at two hospitals with Level 1 trauma centers: Zuckerberg San Francisco General Hospital and Trauma Center (ZSFG) and Santa Clara Valley Medical Center. They compared the estimated grade of injury on admission with the estimated grade of injury at discharge. Grades followed the American Spinal Injury Association Impairment Scale and ranged from A, denoting complete motor and sensory function loss below the level of injury, to E for normal sensation and full motor function.

The same machine-learning technique used by Ferguson with preclinical data in the earlier study was applied to the current study using clinical data collected at one-to-five-minute intervals while the patients were in the operating room. Of the 42 patients whose injuries had improved by at least one grade from admission to discharge, 18 had had a grade A injury, eight grade B, 11 grade C and five grade D.

These TDA patterns were then verified by spinal cord injury experts and statisticians, who developed rigorous statistical models that “assessed their truth,” Ferguson said. “This is an ideal use case for how machine learning could be implemented in biomedicine—it’s a partnership between machines and humans with clinical domain knowledge,” he said. “In essence we are machine learning-assisted cyborgs.”

Patients with blood pressure that was too high or too low during surgery had poorer neuromotor recovery after surgery, the researchers concluded. Maximal recovery was associated with mean arterial blood pressure maintained between 76 mmHg and 104-117 mmHg, a range that is narrower than the current guidelines that have followed smaller clinical studies.

“It is particularly interesting that this work identified the upper limit of the blood pressure range, which hadn’t been considered harmful before in clinical practice,” said co-corresponding author Jonathan Pan, Ph.D., MD, from the UCSF Department of Anesthesia and Perioperative Care. “If the results can be validated in our prospective study, it has the potential to provide new guidance on our blood pressure management for patients with acute spinal cord injury.”

Paralysis following injury is due to swelling/bruising and a “storm of cellular stressors that may resolve after injury if the neurons survive the ultra-acute phase of spinal cord injury,” said co-lead author Abel Torres-Espin, Ph.D., of the UCSF Department of Neurological Surgery and of the UCSF Weill Institute for Neurosciences.

“Damage to neurons in spinal cord injuries leads to dysregulation of blood pressure, which in turn limits the supply of blood and oxygen to stressed spinal cord tissue, exacerbating spinal neuron death. Thus, precise blood pressure management is a key target for spinal cord injury care,” said Torres-Espin, who built the software pipeline, making it open source so that other scientists could re-use the analytical technologies for new purposes.

For patients with the most severe grade A injuries, optimal blood pressure during surgery may be a key factor in demoting those injuries to grade C, the researchers noted. “The difference from grade A to grade C can be significant and meaningful in terms of independence and functionality,” said co-author Debra Hemmerle, RN, Ph.D., from the UCSF Brain and Spinal Injury Center.

“This means a patient who might otherwise rely on human assistance for their most basic needs may become capable of self-transferring from a wheelchair to a bed, walking with assistive devices, and tending to some activities of daily living unaided.”

A Patient’s Story: From Broken Neck to Back on His Feet

One patient whose injury was reclassified from grade A to C was Chris Barr, a San Francisco Bay Area resident, whose cervical spine was shattered in eight places following a surfing accident four years ago. Barr was ambulanced to ZSFG, where UCSF physicians had already implemented a blood-pressure management protocol. 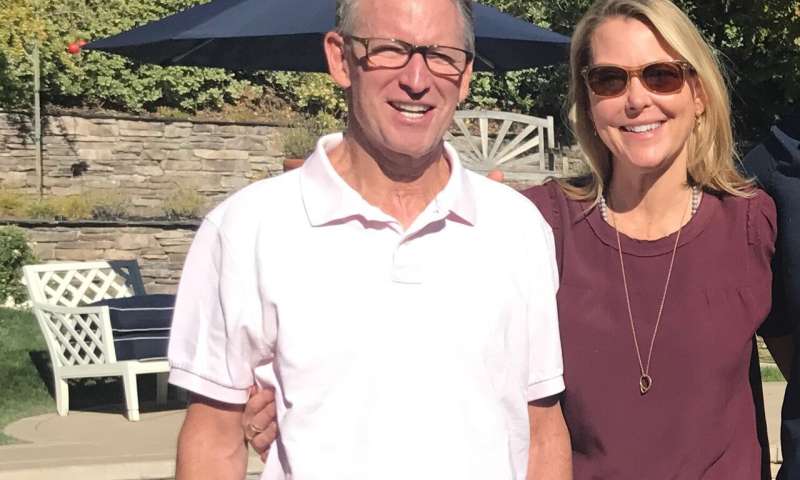 Three weeks after decompression surgery, which occurred hours after his injury, Barr started to feel sensation below the level of injury, and he was re-assessed at grade B. More progress followed at two months post-injury, with the return of limited motor function, and by six months he reached grade C after regaining the ability to feed himself, drink with a cup, turn a door handle and navigate a computer mouse. At this point it was clear his progress had plateaued.

Barr, then a father of two teens, took a leap of faith as Patient 1 in a phase I clinical trial using stem cell therapy at Mayo Clinic, and later enrolled in a spinal stimulation trial at UCLA. Today, he is able to walk, drive and fulfill all activities of daily living unassisted. He attributes his remarkable recovery to the two trials and the blood-pressure protocol at ZSFG.