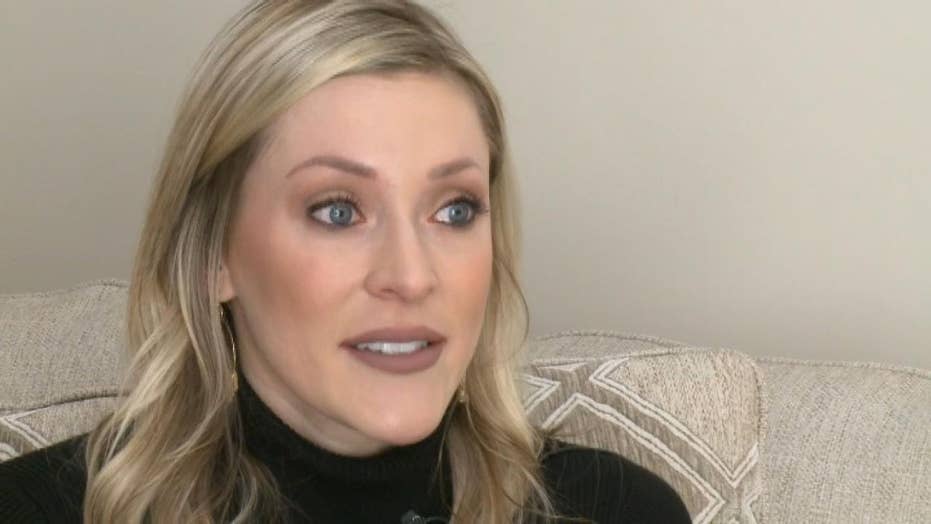 Danielle Goldsmith, a former St. Louis Rams cheerleader, urges the public to do their own research after she solved her own strange illness which had stumped her doctors.

A former NFL cheerleader is urging others to be vigilant about their health after she claims her chest pain and shortness of breath were repeatedly dismissed as anxiety. Danielle Goldsmith, who spent her fall Sundays cheering on the St. Louis Rams, suffered through three months of painful symptoms before coming up with her own diagnosis, Fox 2 Now St. Louis reported.

She researched her symptoms and discovered pectus excavatum, which according to the Mayo Clinic is a condition typically noticeable after birth, but can worsen into adulthood and causes a sunken breastbone that can look as if the chest has been scooped out. It’s more common in boys than girls, but severe cases can interfere with the heart and lungs.

In October, Goldsmith was examined at Barnes Jewish St. Louis, and an EKG reportedly revealed that she was “losing 60 percent of my blood flow.”

She then flew to Phoenix and underwent a corrective surgery to lift her breastbone off her heart and lungs. She has since recovered and is now encouraging patients who are struggling to find a diagnosis through her YouTube channel.

“If medical professionals don’t know enough about your health, you do your own research,” she said.