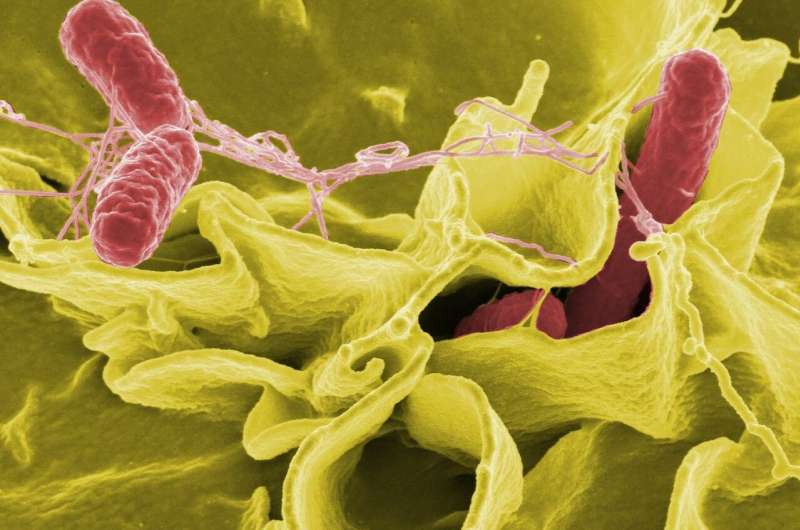 European health officials say they are investigating a “rapidly evolving” outbreak of salmonella in 134 children that appears to be linked to chocolate Easter eggs that normally contain a surprise toy inside.

In a statement on Wednesday, the European Centre for Disease Prevention and Control said chocolate products were identified “as the likely route of infection,” adding that children mainly under 10 years of age were affected. The first case was detected in Britain in January.

Officials said the epidemic has been characterized “by an unusually high proportion of children being hospitalized” and noted that product recalls have been started in Belgium, France, Germany, Ireland, Luxembourg and the U.K. British authorities said the Italian company Ferrero had begun recalling specific batches of Kinder Surprise chocolate eggs.

“We are voluntarily recalling select batches of Kinder Surprise as a precautionary step,” the company said, noting there was a “possible link” to the reported salmonella cases. Ferrero said the affected chocolate was made in Belgium, but that it was possible the recall could be extended to other countries.

Britain’s Health Security Agency said it had identified 63 cases of salmonella linked to the chocolate eggs and that most were children under five. Salmonella typically causes symptoms including diarrhea, fever and stomach cramps. Most people who get sick do not need any medicine but severe cases that result in hospitalization may require antibiotics or other treatment.

In Norway, authorities recalled several Ferrero products Wednesday, saying they have been sold in stores all over the country. They said people who have bought the products should either discard them or return them to the store.