In a recent study published on the preprint server Research Square*, researchers evaluate the virucidal effects of ELAH against the severe acute respiratory syndrome coronavirus 2 (SARS-CoV-2) and human coronavirus-229E (HCoV-229E) in a nasal spray formulation. 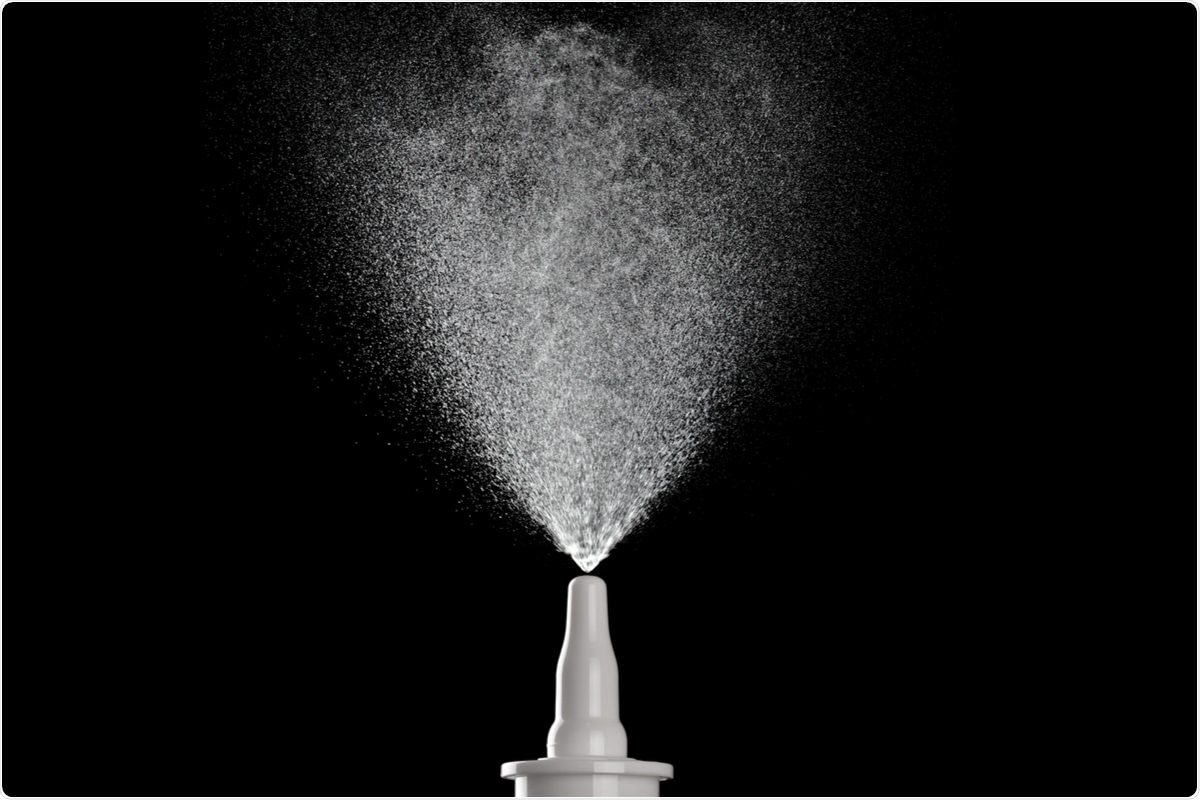 In addition to assessing the in vitro effect of the ELAH nasal spray, the researchers also used this formulation to treat both male and female golden Syrian hamsters to determine the retention of ELAH in mice, as well as the in vivo antiviral effects of ELAH on SARS-CoV-2-infected hamsters. A quantitative reverse transcription-polymerase chain reaction (qRT-PCR) assay was then used to quantify the amount of viral RNA present in oral swabs of the hamsters after treatment.

VSV-SARS-CoV-2-infected Vero cells exhibited a maximum inhibition of 90% following treatment with 110 mg/ml and 200 mg/ml ELAH. This observation suggests that ELAH either binds directly to or interferes with the VSV-SARS-CoV-2 spike protein, thus preventing its attachment to the angiotensin-converting enzyme 2 (ACE2) receptor present in the Vero cells and the subsequent viral replication process.

In vivo studies on the intranasal retentivity of ELAH in Syrian golden hamsters found no leakage to occur ten minutes after a mock infection with 2% fetal bovine serum (FBS). The amount of moisture around the nose could not be quantified.

While assessing the protective effects of ELAH treatment in SARS-CoV-2-infected hamsters, the researchers reported a significant weight loss in the control group six days post-treatment, whereas mice treated with ELAH regained any lost weight in the following eight days. No significant weight loss was observed within 14 days of ELAH treatment in SARS-CoV-2-infected mice.

In addition to protecting against weight loss, SARS-CoV-2-infected hamsters that were subsequently treated with 0.5 mg/ml or 1 mg/ml ELAH exhibited a reduction in their viral load by over two logs as compared to the control group. Taken together, these findings suggest that ELAH treatment conferred some protection against SARS-CoV-2 infection in Syrian golden hamsters.

A significant cytopathic effect (CPE) was reported in MRC-5 cells infected with HCoV-229E as compared to cells treated with 0.5 mg/ml or 1 mg/ml ELAH. This finding confirms a marked inhibition of virus-induced CPE when cells are initially treated with ELAH.

High-resolution scanning electron microscopy (SEM) analysis revealed newly synthesized virus on the surface of HCoV-229E infected cells 48 hours post-infection as compared to a reduced number of virions detected on infected cell surfaces treated with ELAH prior to infection by HCoV-229E.

Taken together, the current study confirms that the ELAH nasal spray formulation described here provides both in vitro and in vivo protection against SARS-CoV-2 and HCoV-229E.

Research Square publishes preliminary scientific reports that are not peer-reviewed and, therefore, should not be regarded as conclusive, guide clinical practice/health-related behavior, or treated as established information.

I am a medical content writer and editor. My interests lie in public health awareness and medical communication. I have worked as a clinical dentist and as a consultant research writer in an Indian medical publishing house. It is my constant endeavor is to update knowledge on newer treatment modalities relating to various medical fields. I have also aided in proofreading and publication of manuscripts in accredited medical journals. I like to sketch, read and listen to music in my leisure time.