Earlier Ebola Outbreaks, and How the World Overcame Them

The current Ebola outbreak in the Democratic Republic of Congo is only the second-largest in history, but undoubtedly the most frustrating.

Scientists are fairly certain they have the medical tools needed for victory: one vaccine that appears to work about 98 percent of the time, another that has worked well in monkeys, and four therapies that may block the virus if they are given early enough.

Instead, scientists are being thwarted by the nightmarish conflicts and politics of eastern Congo. Health workers have been murdered, treatment centers have been torched, rumors have repeatedly outwrestled the truth. An overwhelming sense of divisiveness and fear has undone almost every effort to save the stricken and protect the vulnerable.

Three previous Ebola outbreaks have demonstrated how a response can succeed — or how, in an atmosphere of suspicion, it can go badly wrong. 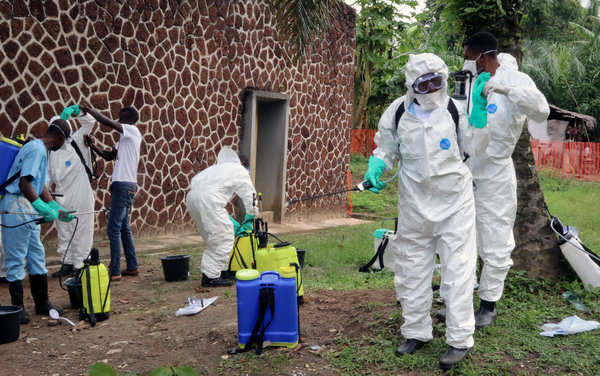 The outbreak just before the current one ushered in a new era in the war against Ebola: a new Merck vaccine stopped the outbreak in just three months, after only 33 deaths.

The virus was thwarted even after it had slithered down the dirt tracks from its rural birthplace and had appeared in Mbandaka, a city of 1 million people that — like Goma, the eastern city the virus recently reached — was a major transportation hub near an international border.

Geography was important. The northwestern province where the outbreak occurred had a relatively peaceful, ethnically homogeneous population with good relations with the national government in Kinshasa.

Radio messages about the virus were taken seriously, there was little violence, and most victims’ families cooperated with contact-tracers and vaccinators. The first cases were diagnosed in April 2018, and the last were seen in June, after less than 4,000 doses of the vaccine were given out.

By contrast, the provinces along the Congo’s eastern borders with Uganda, Rwanda, Burundi and South Sudan are today a maelstrom.

Those nearby countries have had periodic explosions of fratricidal violence between ethnic groups, including the 1994 Rwandan genocide. Refugees from the butchery fled to the volcanic plains and deep forests of eastern Congo and often settled.

They speak a variety of languages, and some groups have formed their own militias, which sometimes clash. Distrust of the national government and its police and army are widespread in these areas; it was aggravated by the government’s decision to not let three eastern cities vote in the last national election, ostensibly for fear that long lines would spread disease.

Rumors are rife that the Ebola virus was made up by government officials hoping to get rich on Western aid, that the vaccine is dangerous, and that bodies of those killed by the virus are being dissected and sold to practitioners of witchcraft.

In such an atmosphere, standard tactics — such as vaccinating all the contacts of each case and following up over 21 days — cannot be employed.

History’s worst Ebola outbreak was the one that began in West Africa in late 2013 and whose last flare-ups were not snuffed out until early 2016. The outbreak infected over 28,000 people and killed over 11,000.

It had many elements in common with the current epidemic in Congo. It began in a village in rural Guinea near the borders with Sierra Leone and Liberia, quickly spread in all three countries and ultimately reached their crowded capital cities.

It was the first time the virus had been seen in West Africa; hospitals had no way to test for it and no experience fighting it. For many weeks, the World Health Organization failed to react (and later, was harshly criticized).

Liberia and Sierra Leone had also recently endured vicious civil wars, and hostility was high between rural people and elites in the capitals. Rumors similar to the ones in Congo today spread that Ebola was not real, that the elite had invented it to get rich, and that the dead were being plundered for body parts.

At a cost of more than $4 billion, the virus was finally beaten by tactics developed in the 1970s. Treatment and burial were handled by medical personnel dressed in head-to-toe protective gear and by survivors who were immune.

The 1976 outbreak that gave the virus its name also created the air of otherworldly terror that surrounds it. Most of the 318 cases and 280 deaths were in Yambuku, in the north of what was then Zaire.

Reports about the disease made it almost uniquely terrifying. Nearly 90 percent of the victims died, and they were described as dying with blood flowing from every orifice. (That was an exaggeration. Most victims die of dehydration and organ failure; many never bleed at all.)

Also, the virus tended to kill doctors and nurses; the initial outbreak was spread largely by the health care system. It was initially misdiagnosed as an epidemic of malaria, and some victims were given quinine with needles that were not sterilized. Pregnant women were given vitamins with the same needles, and died.

The epidemic mostly burned itself out. Before outside investigators from Europe, the United States and South Africa arrived, 80 percent of the hospital’s staff had died and many local residents had fled. Luckily none — including a sick nun taken to the capital for care — started an urban outbreak.

The reports of the disease were so scary that, so as not to stigmatize Yambuku, investigators named the virus after the Ebola River, which was 40 miles away. 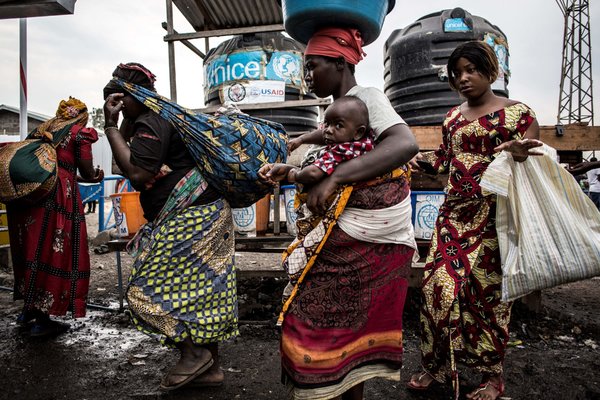