E-Cigarette Exploded in a Teenager’s Mouth, Damaging His Jaw

Kailani Burton bought a vaping kit for her teenage son Austin, hoping he would use it to quit smoking.

In March of last year, she and her husband were sitting in the living room when they heard a loud “POP.”

Austin raced in, holding his bloodied jaw. An e-cigarette had exploded in his mouth.

“He was bleeding really bad,” Ms. Burton said in an interview. “It looked like a hole in his chin.”

Ms. Burton and her family rushed Austin, then 17 and still in high school, to the hospital in Ely, Nev., a remote mountain town. But realizing quickly that he needed treatment at a trauma center, they then drove the 200-mile, mountainous trek from eastern Nevada to Salt Lake City, arriving about 1:30 a.m.

“I was so worried driving. I almost hit a wild horse,” Ms. Burton said.

Dr. Katie W. Russell, a pediatric surgeon at the University of Utah, and Dr. Micah Katz, a resident, part of the team who treated Austin, submitted the case, which was published on Wednesday, to The New England Journal of Medicine in an effort to warn the public about the dangers of vaping.

“I had no idea that these vape pens could blow up and cause serious injury,” said Dr. Russell, director of the trauma center at the Primary Children’s Hospital in Salt Lake City.

Dr. Russell said that Austin told her he saw a big flash, felt terrible pain in his lower jaw and quickly pulled the device out of his mouth. He had a major fracture of his lower jaw, including about a 2-centimeter piece that had exploded and was missing, and he was also missing multiple teeth. The surgeons had to put a plate under his gum.

Dr. Russell said that she believed the injury was caused by an exploding battery but that she was not certain.

The family said Austin had been using a VGOD product. VGOD sells a range of vaping devices and liquid nicotine flavors, including Mango Bomb, Berry Bomb and Apple Bomb. VGOD markets its products to customers seeking a large vaping cloud, and promotes what it calls “tricking,” creating rings and unusual shapes with the smoky vapor. 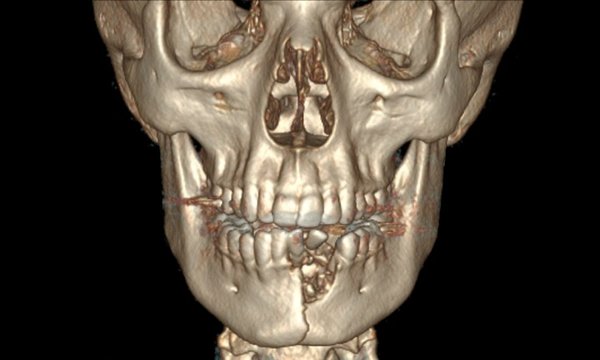 The Food and Drug Administration has expressed concern about e-cigarette and other vaping device injuries from overheating and exploding batteries; and is exploring product standards to reduce battery problems. The agency does not tally the number of e-cigarette explosions or other mishaps.

On a web page offering tips to reduce such hazards, the agency wrote, “You may have heard that e-cigarettes, or ‘vapes,’ can explode and seriously injure people. Although they appear rare, these explosions are dangerous.”

A report in BMJ last year, using data from several federal agencies, found there were roughly 2,035 e-cigarette explosion and burn injuries in the United States from 2015 to 2017.

The authors, led by Dr. Matthew E. Rossheim of George Mason University, said the number was most likely higher because accidents were not thoroughly tracked. The report also said that e-cigarettes, commonly powered by a lithium-ion battery, could overheat to the point of catching fire or exploding, a phenomenon known as thermal runaway.

This can be caused by product defects, or by a short circuit of the battery, when they are in contact with metal objects — for example, keys or coins, the authors said. The researchers also noted at least one death from an e-cigarette explosion and suggested the F.D.A. improve its monitoring of these injuries.

A July 2017 report from the Federal Emergency Management Agency said that from January 2009 through December 2016, there were 195 reports of explosions involving e-cigarettes, 38 of which caused severe injuries. The report called the combination of an electronic cigarette and a lithium-ion battery a new and unique hazard.

“It is clear that these batteries are not a safe source of energy for these devices,” the agency said.

A blog post by the Massachusetts General Research Institute says that open systems — which use rechargeable batteries with reservoirs that can be filled with e-liquid — are generally less safe than closed systems, which use pre-filled, disposable cartridges that attach to a rechargeable battery, or single-use products that cannot be recharged.

In an interview, Ms. Burton said Austin recently graduated from high school and was doing well. She said that she regretted buying the vaping device, but that Austin had quit vaping altogether even if his friends had not.

“I just want people to know that it can be dangerous,” she said. “I bought it for him. I should have protected him.”