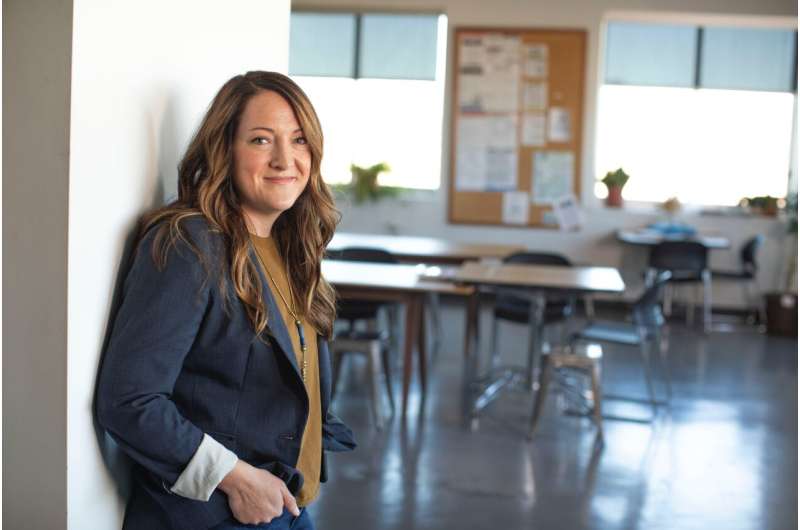 The findings, based on data from nearly 2,000 US high school students, show a link between how pupils feel about the past, present and future and their classroom behavior. This in turn influences their grades and risk of substance misuse, according to the study.

The authors say action is needed now because Covid-19 has left many teenagers struggling with online study, suffering mentally and turning to drink and drugs.

They are calling on teachers—and parents—to help students develop more positive mindsets and become motivated to learn so they are less likely to binge drink or use marijuana.

“School often seems a source of stress and anxiety to students,” says John Mark Froiland from Purdue University in Indiana, US.

“This puts them at greater risk of not participating in lessons, getting lower grades and of substance misuse.

“Many teenagers also aren’t engaging with online learning during Covid or have lower engagement levels.

“But they’re more likely to be enthusiastic learners and not use drink and drugs if teachers take time to build more positive relationships with them. They can help students see that everything they’re learning is truly valuable. Parents have a role to play too.”

Teenagers with a balanced attitude towards their childhoods and other time periods have already been shown by studies to be more likely to abstain from drink and drugs and achieve academically. This is compared to those with a pessimistic outlook.

The aim of this study was to establish how substance misuse and behaviors towards learning are affected by students’ feelings about the past, present and future.

The data was based on assessments and questionnaires completed by 1,961 students at a high school in the San Francisco Bay Area. More than half (53%) of the pupils included in the study were female.

The study authors looked at responses from pupils where they rated how nostalgic they were towards their childhood, current happiness levels in life and how much they look forward to future happiness.

They also analyzed marijuana and alcohol habits over the past 30 days including binge drinking, and average academic grades. They analyzed motivation levels, and behavior in lessons such as how much teenagers paid attention and listened.

Statistical techniques were used by the researchers to assess the associations between all these different factors and establish the key predictors for alcohol and marijuana misuse.

In general, the study found that positive attitudes towards the past, present and future put adolescents at lower risk for alcohol use, binge drinking, and marijuana.

The opposite was true for those displaying pessimistic or negative ways of thinking or feeling about their life in the past, now or ahead of them.

The reason for this was that a content and optimistic outlook increased the likelihood they would be motivated and behave in a focused way on the chance to learn.

Other findings include girls having stronger levels of behavioral engagement than boys, and students who drank being most likely to use cannabis.