Doctors in Debt: These Physicians Gladly Struck a Deal With California

Dr. Michael Gabriel Galvez, a pediatric hand surgeon who treats mostly low-income patients at a hospital in California’s Central Valley, jokes with families that he went to “30th grade.”

But that did not come cheap. The debt he has accrued from 18 years of higher education and medical training, including Stanford Medical School, fellowships and residency, is about $250,000. (And that does not include credit card debt.)

Almost all of his student loan debt is about to be wiped out over the next five years through CalHealthCares, a new state program intended to avert an impending shortage of health care professionals, especially those willing to treat recipients of Medi-Cal, the state’s version of Medicaid for low-income people.

“We know it’s a big deal that college students are taking out significant amounts of money in loans,” Dr. Galvez, 36, said. “Even for physicians, it’s a significant burden they have to undertake.”

Across the country, the escalating costs of medical school have driven young doctors away from lower-paying specialties, such as pediatrics and psychiatry, as well as jobs in rural or less wealthy areas.

The lack of primary care physicians is particularly acute in California, which has a growing aging population and the country’s largest Medicaid population — and one of the lowest state reimbursement rates for doctors in the country. California is projected to have a shortfall of 4,700 primary care clinicians by 2025, according to a 2017 report by the University of California, San Francisco.

The new program aims to change that using revenue from Proposition 56, which imposed a tax on tobacco products, to help physicians pay back their loans. It will disburse a total of $340 million. To qualify, the physicians, who receive up to $300,000 each in debt relief, must agree to spend a third of their time with Medi-Cal patients over the next five years. As part of the first round of funding, announced this month, 247 physicians will receive $58.6 million and 40 dentists will receive $10.5 million in debt relief.

Nearly 1,300 providers applied for the awards, according to the Department of Health Care Services. The program’s administrators said they assessed candidates based on personal statements, work history and specialization, among other factors. Applications for the next round of awards will be accepted in January.

Dr. Rishi Manchanda, who was part of a commission that put forward a $3 billion, 10-year plan to address the shortfall of doctors in California, called the repayment program “a big step in the right direction” that would immediately dispatch clinicians to serve these populations. But more needs to be done, he said, to bolster the pipeline of doctors practicing in the state.

Among the commission’s recommendations: Increasing enrollment at medical schools in the state, raising reimbursement rates for doctors, giving nurse practitioners greater authority in the doctor’s office, and a shift toward “value-based” payment systems, which reward providers based on performance.

Some of those measures would require action from lawmakers, who must also face critics who have raised alarms about the cost of the Medi-Cal program, which expanded sharply under the Affordable Care Act. Today, over 13 million Californians — almost a third of the state — rely on it for their health care, including over half of all children, the commission’s report noted.

>> Read more from The Upshot: It’s Easy to Forget, But a Program to Forgive Student Loans Already Exists 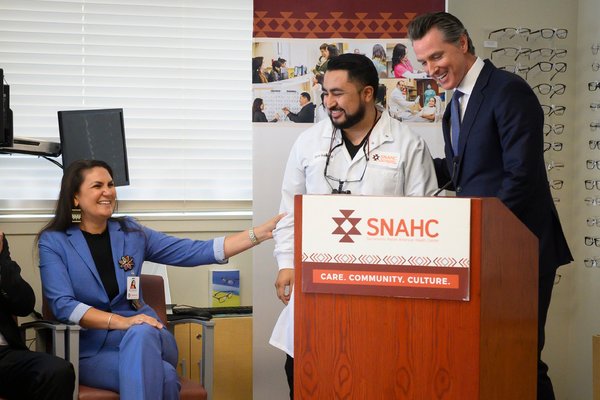 The loan repayment plan is notable because it provides more generous funding to a larger number of doctors than similar programs, said Janet M. Coffman, a professor of health policy at the University of California, San Francisco. The physicians will be required to regularly submit documentation to prove they are meeting the program’s requirements.

The president of the American Medical Association, Dr. Patrice A. Harris, said in a statement that loan forgiveness programs help to increase diversity in the medical profession by removing financial barriers.

Dr. Galvez, who grew up in the Bay Area without health insurance, has relied on his parents to help support his wife and two children through surgical fellowships.

“It’s been a constant struggle just to get by,” he said.

We talked to other doctors about the impact of California’s debt repayment program.

She cares for the most critically ill patients and directs their transport at Valley Children’s Hospital in Madera, the only free-standing pediatric hospital between Los Angeles and San Francisco that predominantly treats Medi-Cal patients.

Most loan forgiveness programs are geared toward primary care, she said, making it harder for sub-specialists like herself to find help.

“As a single woman, there was no way I could take a purely academic job and own a home,” she said.

The grant has lifted “an emotional burden,” she said, adding, “I can focus on my patients.”

“I have always viewed medicine as my tool for social justice,” said Dr. Cribb Fabersunne, who grew up in an impoverished farming community.

“The forgiveness allows me to not have to weigh the impact between following my heart and life’s work and the impact on my family,” she said.

Her husband, who will be a resident trainee for the next four years, also plans to serve the Medicaid community, she said. The couple recently had their first child.

For years the decisions Dr. Brown and her husband, a dentist, have made about where they live and what they buy have revolved around their student loans.

The debt forgiveness is “something out of a dream,” she said. “Now we’re able to give back to charities,” she added, like the scholarship foundation that supported her through college and medical school.

This week, Dr. Brown began work at a pediatric outpatient clinic in Coachella.

Dr. Bernardo graduated from dental school in May. He is the son of two dentists and works three days a week at his family’s private practice in Southern California. He also does mobile dentistry with bedridden and special needs patients twice a week.

He recently married a physician, who has lots of debt of her own. The couple had thought about moving out of state to somewhere with a lower cost of living and higher reimbursement rates. But now, thanks to the debt forgiveness, they will be able to stay in California for the foreseeable future, and to begin thinking about buying a home and starting a family.

“I’m just beyond grateful,” he said.

Dr. Benavidez, who grew up poor and moved constantly, wanted to work with marginalized communities because of his own experiences. But the economics were difficult to justify with loan payments due every month.

After years of accruing debt as he put himself through college and medical school, he finally sat down this year to sort out his finances. At the time, he was working with low-income patients as part of a fellowship in Alabama. The exercise was disheartening.

“Burnout is very real,” he said. “And part of the issue is, you come to this crossroads where this idea of wanting to be helpful now butts up against being compensated appropriately.”

He stumbled across CalHealthCares online and applied. Without such a program, he said, he would not have considered going back to California, where he had moved at 16. He was put off by the high taxes and cost of living.

He started work this week at a community clinic connected to the University of California, San Francisco.

“It is life-changing,” he said.

Karen Zraick is a New York-based reporter and editor, covering a wide variety of stories with a focus on breaking news. Previously she wrote the Evening and Weekend Briefings, and worked on the International Desk and the home page team. @karenzraick