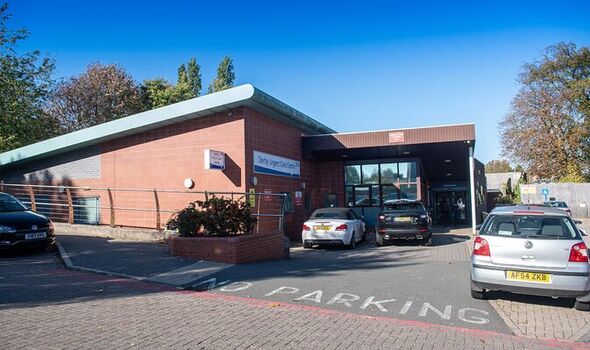 Dr Keith Wolverson, from Derby, is now awaiting his punishment which could take the form of a suspension or being struck off. A Medical Practitioner’s Tribunal Service (MPTS) hearing on June 6 ruled that he made “inappropriate” notes on patients’ language skills.

The hearing also deemed it wrong for him to ask one patient, known as Mrs Q, to remove her veil to aid in communication before criticising her English language skills in an email to colleagues, reports Derbyshire Live.

The Tribunal found the woman spoke good English, that she had made it clear she did not want to remove her veil and that it was not necessary during the consultation.

A MPTS ruled that Dr Wolverson’s offences amounted to serious misconduct and said that he had not taken remedial work to improve his conduct, nor had he developed insight into the distress caused to Mrs Q by the request to remove her veil, which was repeated three times.

He declined the opportunity to give his side of the story and told said he would continue to treat patients.

He faced 28 allegations of misconduct, including 16 relating to the incident with Mrs Q.

A total of 17 were found proved, including 13 relating to the incident involving the veil.

On May 13, 2018, during a consultation with Mrs Q, he asked her to remove her veil as he claimed he could not understand her and hoped that seeing her mouth movements would help.

He repeated the request despite her saying she did not want to remove the veil for religious reasons.

In an email on May 25, 2018, in response to a complaint from the patient, Dr Wolverson said she “spoke poor English” and that he was “struggling to understand her” and was “trying to look at her mouth movements to aid communication”.

It was also found that Dr Wolverson refused to speak to Mrs Q’s husband despite his attempts to communicate with the doctor, which Dr Wolverson later claimed was because he “found his manner aggressive and intimidating”.

But the MPTS ruled in early March that Dr Wolverson had changed his evidence during proceedings, as he tried to suggest that he had instead asked for the veil to be removed because of Mrs Q’s strong Stoke accent.

The Tribunal said that when Mrs Q came to give evidence, they had no issue understanding her.

The General Medical Council, which brought the case against Dr Wolverson to the MPTS, does not have any specific guidelines on how to examine women wearing full-face veils.

However, while Mr Toole accepted that “there would of course be circumstances where this was entirely appropriate”, it was deemed that Dr Wolverson “had made no attempt to make any form of assessment about whether removing the face veil was necessary and whether it served any purpose”.

In the ruling, Duncan Toole, chair of the hearing, said: “The Tribunal could find little evidence that Dr Wolverson had reflected on the impact the words he had used in the email may have had on Mrs Q.

“For example, there was no recognition or reflection on how upsetting and offensive it might have been for Mrs Q to be described as speaking ‘poor English’, when this was not the case.

“This was particularly so, when Dr Wolverson was in a position of trust and his description was in response to a complaint she had made.

“This lack of reflection was of concern and demonstrated that Dr Wolverson had very little insight into his conduct.”

Some of the allegations related to his work at Derby Urgent Care Centre, between Osmaston Road and London Road, while others were from when he worked in Stoke, both as a locum, or temporary doctor.

Dr Wolverson qualified as a medical professional in 1996.

In a hearing from February 24 to March 4, 2022, Dr Wolverson was found to have criticised the English abilities of 15 patients in their medical notes from January to April 2018.

In some of the notes, he said it was “not acceptable” that one patient brought a family member to a consultation who did not speak English, and said it was “frankly, not good enough” when speaking about the mother of another patient’s language ability.

The MPTS is an independent body which makes independent decisions about a doctor’s fitness to practise, including suspensions and striking off orders.

Cases are brought to the MPTS by the General Medical Council, which investigates doctors who receive complaints.

Dr Wolverson will discover his sanction at a hearing scheduled to last from October 12 to October 14.