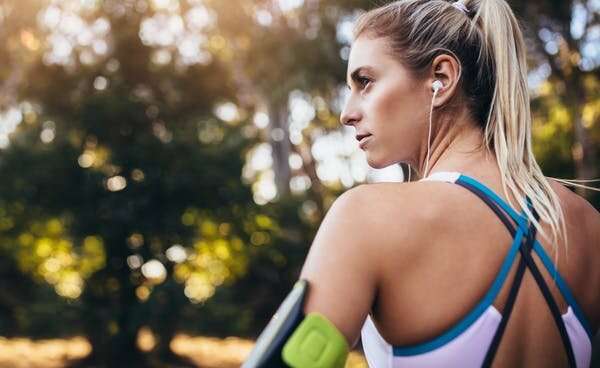 Over the past few years, controversy has surrounded the World Athletics ruling that female hyperandrogenic athletes—female athletes with naturally high levels of testosterone—are banned from competing in certain track events.

The controversy is perhaps best exemplified by the case of South African runner Caster Semenya.

This rule is based on the hypothesis that total testosterone levels directly determine athletic performance in females. But our new research challenges this assumption.

Remind me, what’s the controversy about?

Testosterone is the major androgenic (male) hormone and one of the most common doping agents. Athletes who participate in strength and power-based sports, including bodybuilding, athletics, wrestling and cycling, have used testosterone for decades for its muscle-building properties.

However, some people, males and females, present with high levels of natural testosterone without having ever taken androgenic hormones. These people are “hyperandrogenic.”

Male athletes with naturally occurring high testosterone levels can compete normally. In contrast, female hyperandrogenic athletes are at the centre of a controversy of sporting regulations.

Because their natural blood testosterone concentrations are above an arbitrary threshold of five nanomoles of testosterone per litre (nmol/L), hyperandrogenic females are banned from competing in a series of World Athletics events ranging from 400m to the mile.

They can only compete if they choose to take anti-androgen drugs to reduce their testosterone levels.

How does testosterone enhance performance?

But let’s look at what happens when testosterone can’t perform its job in the muscle. “Androgen receptor knockout mice” are genetically modified mice that do not produce this receptor. When compared to normal male mice, male androgen receptor knockout mice lose up to 20% of their muscle mass and strength. This makes sense since testosterone doesn’t have a receptor to bind to anymore.

Surprisingly though, this doesn’t happen in female mice. Female androgen receptor knockout mice are as strong and muscular as their control counterparts. This suggests testosterone may not be necessary to reach peak muscle mass and strength in females.

Our new human data align with this hypothesis. We used a large, publicly available database and showed total testosterone levels were not associated with muscle mass or strength in 716 pre-menopausal females.

This is in contrast to males, where higher testosterone concentrations are associated with increased muscle mass and strength.

Although this part of our research is not yet published in a peer-reviewed journal, our results so far appear to confirm the findings from the epidemiological data. We’ve found testosterone levels don’t correlate with thigh muscle size, strength and power even after 12 weeks of resistance training aimed at maximizing muscle mass and building strength.

Our laboratory-based study allows us to tightly control for external factors that may influence muscle mass and strength, such as diet, sleep, training status and menstrual cycle.

Previous research suggests the female sex hormones estrogen and progesterone may take over some of the muscle-building role of testosterone in young females.

Another important consideration is natural testosterone exists in two forms: “free” within the bloodstream, or “bound” to a protein that reduces its capacity to signal to the muscle. Our research suggests “free” testosterone has the greater role in regulating female muscle mass and performance.

Unfortunately, the current World Athletics rules are based on the total testosterone pool (the sum of “free” and “bound” testosterone).

A limitation of our studies is most of our participants would not be classified as hyperandrogenic according to World Athletics. Past a certain threshold, testosterone may have a different effect on female muscle physiology.

A recent study tested this hypothesis by administering pharmaceutical testosterone to females to approach the 5nmol/L threshold. After ten weeks of this treatment, the authors found the volunteers receiving testosterone had gained more muscle mass and could run for longer on a treadmill before becoming exhausted compared to the volunteers who didn’t receive testosterone.

Surprisingly though, there was no between-group difference in muscle power, muscle strength, explosive power (sprinting) and the maximum rate of oxygen consumption measured during exercise, which is the best indicator of cardiorespiratory fitness.

All these parameters are important for short- and middle-distance track events. These findings support our hypothesis that total testosterone isn’t a direct determinant of muscle strength and performance in females, and reiterates the need to challenge the World Athletics rules.

Our research is important as it fights for the right of a cohort of naturally gifted female athletes to compete in their chosen athletics events, despite their naturally high testosterone levels.