Dementia Is Getting Some Very Public Faces

The spouses arriving for the Wednesday afternoon caregivers’ class at the Penn Memory Center in Philadelphia had something on their minds even before Alison Lynn, the social worker leading the session, could start the conversation.

“As this condition has progressed, I am no longer able to participate in public life,” she wrote. “I want to be open about these changes, and while I am still able, share some personal thoughts.”

It meant something to Ms. Lynn’s participants that the first woman to serve on the Supreme Court would acknowledge, at 88, that she had the same relentless disease that was claiming their husbands and wives (and that killed Justice O’Connor’s husband, too, in 2009).

“There’s so much stigma,” Ms. Lynn said. “Caregivers feel so isolated and lonely. They were happy that she would bring light and public attention to this disease.”

Justice O’Connor had joined a growing but still tiny group: public figures who choose to share a dementia diagnosis.

The breakthrough came in 1994, when Ronald and Nancy Reagan released a handwritten letter disclosing his Alzheimer’s disease.

“In opening our hearts, we hope this might promote greater awareness of this condition,” the former president wrote. “Perhaps it will encourage a clearer understanding of the individuals and families who are affected by it.”

Musician Glen Campbell and his family reached a similar decision in 2011, announcing his Alzheimer’s diagnosis, and several farewell concerts, in a magazine interview. The concerts became a 15-month tour and an intimate, unflinching documentary.

Pat Summitt, who coached championship women’s basketball teams at the University of Tennessee, went public in 2012 with her early-onset Alzheimer’s disease, an uncommon variant.

Actor Gene Wilder’s family waited until his death in 2016, explaining that they feared children might be disturbed by an ailing Willy Wonka.

One might question what such actions actually accomplish for the people coping with dementia and those who shoulder their care.

It’s hardly an obscure condition. About 5.7 million Americans have Alzheimer’s disease, the Alzheimer’s Association estimates. That represents just 60 to 80 percent of people with dementia, which takes multiple forms.

Though dementia rate seems to be declining, possibly because of rising education levels and better treatment for conditions like hypertension, both of which seem to help prevent dementia. But the number of Americans affected will continue to grow as the population grows and ages.

Already, Alzheimer’s has become the fifth leading cause of death for those aged 65 and older — and the only one for which medicine can’t yet offer prevention or treatment.

One promising drug after another has proved ineffective in clinical trials. How can “raising awareness” make any difference?

But researchers and advocates argue that Justice O’Connor’s forthright statement does serve a positive purpose.

Among her Penn patients, “a strong majority are hesitant to share the information with other people,” Ms. Lynn said. They worry that others will treat them with pity or condescension, that their friends will drop away and their social lives shrivel — all justifiable fears. People often do withdraw as their neighbors and friends grow progressively more demented.

But patients also think, “If someone very well known can say she has this, it might be O.K. for me to say it, too,” Ms. Lynn said.

Openness about dementia, instead of hiding it, could lead to earlier diagnoses, said Shana Stites, a clinical psychologist and researcher at the Penn Memory Center. She ticked off several ways that can help.

“A diagnosis explains what’s happening, why you’re not remembering, why you’re behaving this way,” Dr. Stites said. As dreaded as that news may be, patients and those around them sometimes feel relieved when their problems acquire a name and a medical label.

Moreover, when people avoid knowing, “it takes away the opportunity for the family to get prepared, for the person and the family to educate themselves,” said Beth Kallmyer, vice president of care and support at the Alzheimer’s Association. 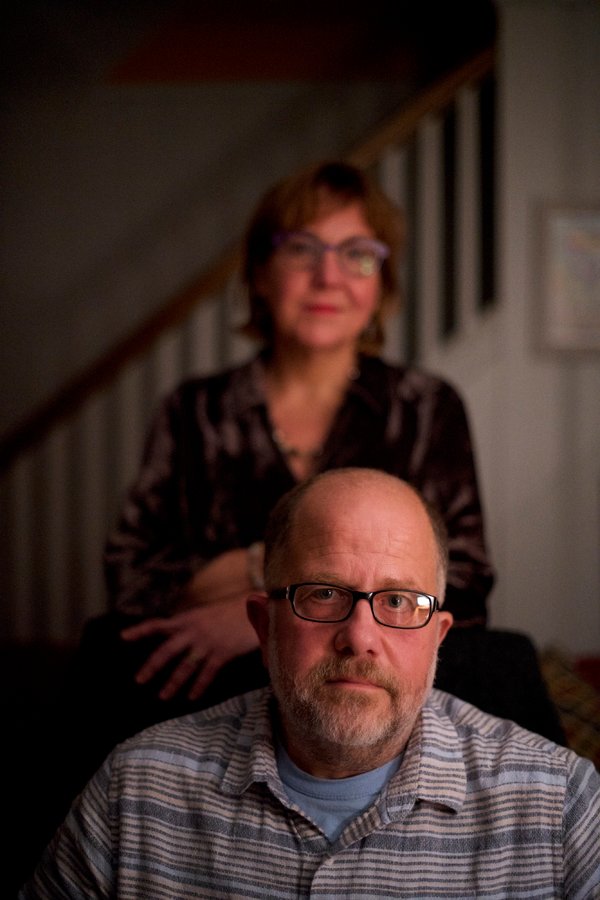 Dementia care is a long haul. Understanding the disease and its prognosis allows time to assemble a health care team, to mobilize family, to seek legal and financial advice.

Early diagnosis can benefit research, too, which increasingly focuses on people in the beginning stages of disease. That requires diagnosed participants willing to enroll in clinical trials.

Let’s not prettify that reality. True, people may have several years after diagnosis in which to enjoy their lives, to remain productive and engaged, before symptoms intensify.

But dementia is a terminal disease, one whose burdens can overwhelm family caregivers. It robs patients of their identities in a way few other illnesses do, sometimes causing loved ones to mourn them while they’re still living.

That shouldn’t make it a source of shame, a whispered-about disease, as cancer was 60 years ago or AIDS was 30 years ago.

Yet even many physicians evade the disease, Ms. Kallmyer pointed out. In a 2015 analysis of Medicare data, commissioned by the Alzheimer’s Association, doctors delivered a diagnosis of the condition to fewer than half of Alzheimer’s patients or their caregivers.

And then for those patients and their families, disclosing it to others can prove difficult, Dr. Stites said: “It comes with a sense of vulnerability. It takes courage.”

Jeffrey Draine and his wife Debora Dunbar mustered their courage in 2016.

It took several years to get a diagnosis: first mild cognitive impairment, then early-onset Alzheimer’s disease.

Dr. Draine, now 55, was still teaching. “I wanted to be able to leave when I decided it was time, not when someone else thought it was time,” he said.

He sought accommodation under the Americans with Disabilities Act; the university provided an assistant to help him stay organized.

Then, because “I wanted to be the one who made the announcement,” he faced his colleagues at a faculty meeting and explained his illness.

“I got really positive responses,” Dr. Draine recalled. “People acknowledged what I was doing and expressed respect and empathy.”

He continued teaching until May, when he retired on disability. Neither he nor Ms. Dunbar, 56, a nurse-practitioner, regrets their disclosure — to their children, to colleagues and friends, to a reporter for the Philadelphia Inquirer (where, coincidentally, retired sports columnist Bill Lyon also has been writing about his Alzheimer’s diagnosis).

“It’s been beneficial to us as a family,” Ms. Dunbar added. “It’s made us feel encircled by a community that understands.”

Researchers, including Dr. Stites, have been exploring the stigma of dementia, hoping to identify contributing factors and to change the way the public regards the disease.

In the meantime, having people around us, famous or not, talk frankly about dementia may render the supposedly unspeakable a more everyday occurrence. Because it is one.

“The benefits, what this does for others living with the disease, the example it sets for the general public — it’s crucial,” Dr. Stites said.