David Bowie performs Let's Dance on US TV in 2002

The star passed away just two days after the release of his 26th studio album, Blackstar. Memorials for the star were created all across the world in the hours following his death, including in Brixton, London, the area where the singer was born. The Heroes singer’s death was made all the more shocking as he kept his liver cancer diagnosis from public knowledge, only telling his closest friends and family. The disease first affected the singer back in 2014 when Bowie turned up to the recording studio of his final album with no hair or eyebrows as a result of chemotherapy, then and there he swore everyone he worked with to secrecy.

Things were starting to look up for the star as by mid-2015 he was in remission – but sadly, in November of that same year, the cancer returned and this time it was terminal, having spread around his body.

Prior to his death, Bowie had been working with director Ivo Van Hove on a new stage show titled Lazarus, which Bowie soon realised he would not be able to make the show’s debut in New York back in 2015.

Speaking about Bowie’s “courageous” battle with cancer shortly after his death, Hove said: “We began collaborating on our show Lazarus and at some point he took me to one side to say that he wouldn’t always be able to be there due to his illness. He told me he had cancer, liver cancer.

“The cast didn’t know all that time, and I suspect that the musicians with whom he recorded ‘Blackstar’ didn’t know either. 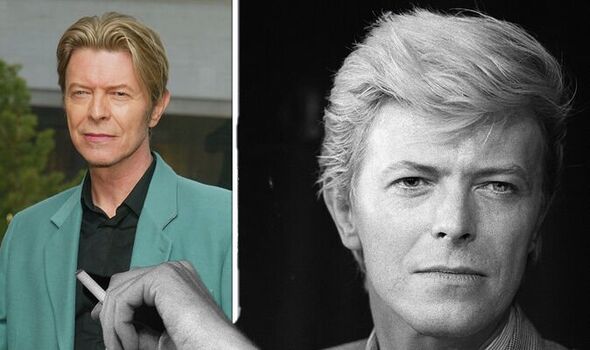 “He made every effort to complete those two projects on time, not to let his illness win.

“Bowie was still writing on his deathbed, you could say. He fought like a lion and kept working like a lion through it all. I had incredible respect for that.”

Bowie’s close friends, including actor Gary Oldman also commented on the star’s remarkable attitude towards fighting the disease. Revealing that Bowie used to joke about his appearance as his illness and the gruelling treatment caused him to lose a lot of weight.

Oldman shared: “He faced his illness with enormous courage, dignity, grace and customary humour – even in dire circumstances,” Gary said.

“When he wrote to tell me the bad news, he added, ‘The good news is I’ve got my cheekbones back.'”

Bowie remained optimistic throughout his treatment but even before battling cancer, in the years beforehand it was reported that he suffered from a whopping six heart attacks, some of which occurred when the star was out on tour.

In the 2018 documentary David Bowie: The Last Five Years, Bowie’s bandmates were seen recalling how the star had developed symptoms and was starting to “hunch” over when backstage.

“We finished the show and then it seemed like David was in a lot of pain, and obviously something was wrong,” guitarist Gerry Leonard recalled. 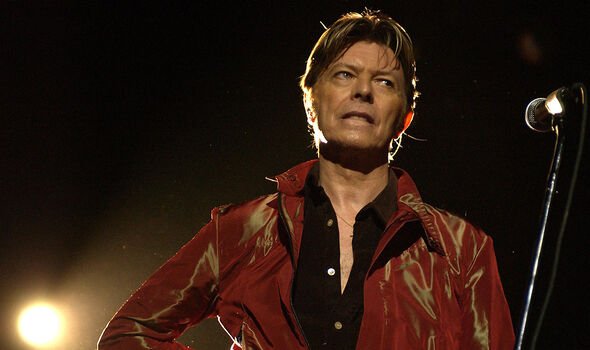 The liver is the second largest organ in the body after your skin. It is situated below the right lung and is protected by the lower ribs on the right side of your body. Liver cancer develops when cells within the area start to divide and grow in an uncontrolled way.

Affecting around 6,200 people each year (17 new cases every day) it makes liver cancer one the the most prolific in the UK. What makes it even more of a concern is the fact that many individuals do not have any signs or symptoms in the early stages.

The NHS explains that symptoms of liver cancer can include the following:

Others will find that they feel sick, have a pain at the top right side of their tummy or suffer from symptoms associated with indigestion which develop soon after eating. 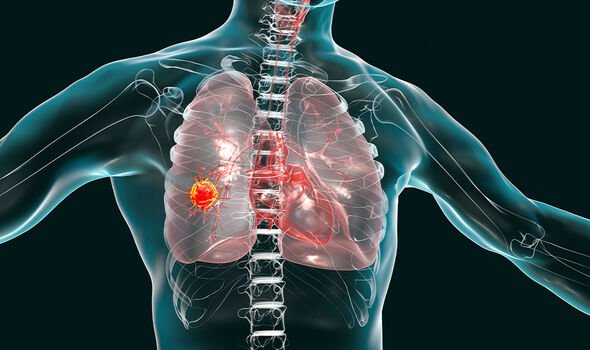 Symptoms are similar for several different forms of liver cancer, the most common of which is known as secondary liver cancer, which tends to spread to other areas in the body apart from the lungs. Primary liver cancer is more uncommon.

Liver cancer is often treatable but tends to depend on various factors such as the type of cancer, the size, if it has spread and the location. If liver cancer is found early, is small and it has not spread, you may be able to have surgery to remove it.

Other forms of treatment include chemotherapy, radiotherapy and using targeted medicines which aims to stop the cancer from growing and kill cancer cells.

If an individual has advanced liver cancer it might be very hard to treat. It may not be possible to cure cancer. If this is the case, the aim of treatment will be to limit the cancer and its symptoms, and help you live longer.