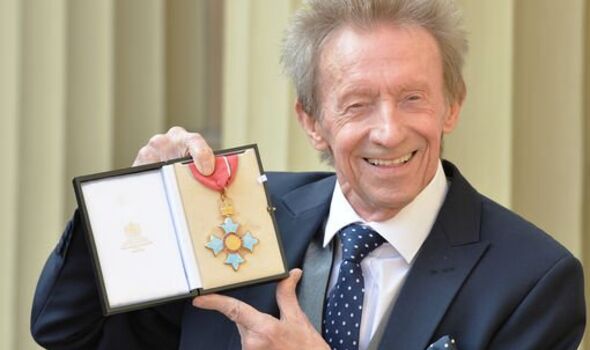 Di Law praised his bravery for going public last year to raise awareness. And she revealed her fun-loving dad teased his friends by pretending to forget things which he had no trouble remembering.

And her father still goes to Old Trafford to share a joke with former United boss Sir Alex Ferguson.

Di, 48, said: “It’s always great fun when they see each other at games. They get straight into taking the mickey out of each other. Dad’s definitely mischievous. He’s got this naughtiness, this twinkle in his eyes.”

“He still loves to mess about. Even now, he finds a way to have some fun with his condition. He actually pretends sometimes that he can’t remember something – which is a bit naughty, really, but that’s dad.” Denis, 82, who also played for Manchester City and Scotland, was diagnosed with dementia and Alzheimer’s disease last year.

He is among an alarming number of ex-footballers diagnosed with the conditions amid fears they are linked to heading balls.

The former striker – who scored 258 goals for clubs and country – is now a champion of the Alzheimer’s Society’s Sport United Against Dementia.

Di, who helps to raise awareness and funding with the Alzheimer’s Society, said the family had first noticed “little hints of changes in dad” during the lockdowns. She added: “Dad started forgetting little things, like people’s names.” One of Denis’s five children, Di said the family took him to a specialist and he was formally diagnosed in January last year.

She said: “That was a hard time. You’re angry, you don’t want to accept or talk about it. But then eventually Dad decided – and he was so brave – that he wanted to be upfront about it.

“We thought if dad went public and that motivated another person or family to address the issue or think about how they’d been feeling, then it would have been worthwhile.”