When federal regulators approved two antibody treatments last month for emergency use in high-risk Covid-19 patients, doctors worried there would not be enough to go around.

President Trump had taken one of the treatments, made by Regeneron, in October and promoted it as a “cure.” Early trial data had shown the treatments could keep people at risk of severe disease out of the hospital if administered soon after infection with the coronavirus.

But in a surprising turn of events, the treatments are sitting unused in hospital refrigerators around the country, just when they might do the most to help patients and relieve the burden on overwhelmed hospitals as cases and deaths surge to record levels.

Dr. Daniel M. Skovronsky, chief scientific officer of Eli Lilly, which manufactures the other monoclonal antibody treatment, said he had assumed that “we’re going to be holding back the mobs that want to get this drug.”

Hospitals and clinics, staggered by the needs of the sick and gearing up to help administer the new coronavirus vaccines, have not focused as much attention on these treatments, which have to be infused into patients in a narrow window of time, within 10 days of when they start showing symptoms, but before they’re sick enough to be hospitalized. Administrators have struggled to identify people who should get the antibody drugs because of delays in testing and a lack of coordination between testing sites and hospitals.

And demand from patients themselves has been weaker than expected. Some have been reluctant to venture out of their homes to get the therapies in hospitals — or perceive the treatments aren’t available to them but are going to well-connected people like Chris Christie, the former Republican governor of New Jersey, and Ben Carson, the housing secretary in the Trump administration.

“There were politicians getting it, and bragging about it, or whatever, and then people thought, well it’s not for me — it’s for those people,” Dr. Skovronsky said.

Federal and state health officials have had to take the extraordinary step of urging patients to seek out treatments that were once expected to be snatched up.

“There may be a therapeutic option that could help keep you out of the hospital,” Alex M. Azar II, the secretary of health and human services, said at a news conference last week. “Please, talk to your health care provider.”

Tufts Medical Center in Boston received 117 doses of the Eli Lilly and Regeneron treatments, but only 19 patients received them in the two weeks after the hospital started giving them on Dec. 6.

“It was just a little bit of everything” that limited uptake, said Dr. Helen Boucher, the hospital’s chief of infectious diseases.

The treatment’s scarcity has been a problem, as some hospitals were reluctant to deplete supplies and some patients, and their doctors, felt the treatments were so unattainable that they did not request them.

Like hospitals, state health agencies charged with overseeing use of the antibody treatments were busy dealing with rising infection rates and the rollout of two vaccines.

“They really are just very preoccupied with the vaccine right now — that is their No. 1 issue,” said Dr. Marcus Plescia, the chief medical officer for the Association of State and Territorial Health Officials, which represents state health agencies.

Monoclonal antibodies are artificially synthesized copies of the antibodies that people produce naturally when their immune system fights off infection. Eli Lilly’s drug consists of one antibody, while Regeneron’s is a cocktail of two. Although clinical trials have not been completed, early data had shown they might prevent hospitalization in people at high risk for severe complications because they are older or have obesity or a chronic disease like diabetes. 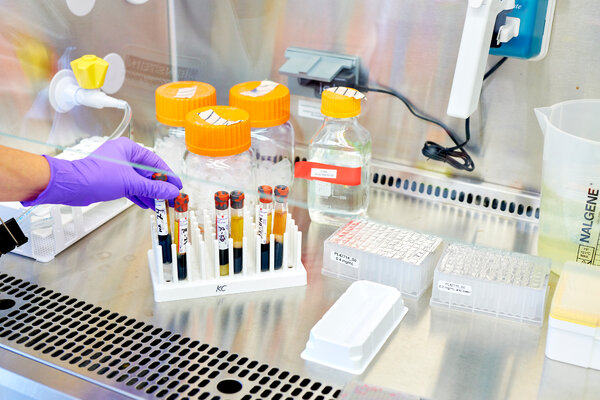 Some experts are skeptical about the strength of the evidence — and that is making some doctors reluctant to embrace them. A National Institutes of Health panel said that there was not enough evidence to recommend for or against their use for patients with mild or moderate Covid-19. An infectious-disease society recommended against routine use of Eli Lilly’s drug. Some hospital officials said they want to see stronger data before devoting more of their constrained resources to administering the treatments.

“If we knew this was a cure, we would obviously drop everything and figure out how to get it to as many patients as possible,” said Dr. Emily Rubin, a physician at the Mass General Brigham health system in Boston. “It’s a little bit more challenging to try to transform how we do things when we’re not sure yet whether this works and how well it works.”

Dr. Rubin, who has been involved in deciding how to allocate the treatments, said that potentially eligible patients are automatically entered in a lottery for the seven infusion appointments available daily. A clinician calls patients who win — and others on a waiting list — to explain the risks and benefits of the therapy.

But many patients decline, and Mass General Brigham has not been able to fill the available slots since it began giving the treatments on Dec. 10. Some patients feel better or have no symptoms by the time they get a call. Others who feel sick don’t want to go into a clinic for several hours to get an infusion, or can’t because they lack transportation or have caregiving responsibilities at home.

Compounding the challenges, the companies that raced to develop the treatments don’t know how quickly their products are being used, because they are selling their doses to the federal government, rather than the physician practices and other buyers that typically purchase drugs. 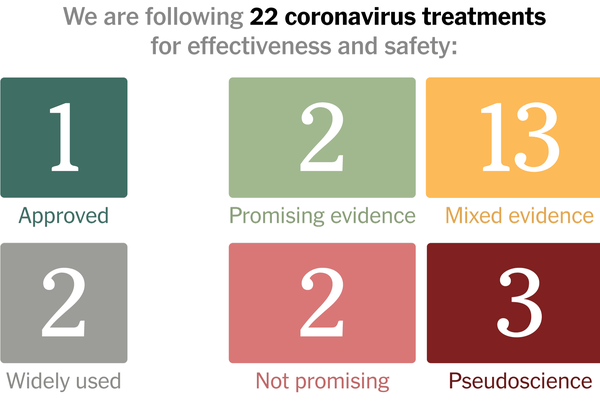 Until recently, the federal government did not require hospitals to report how many doses they had given to patients, although it will begin to do so starting Jan. 8. There is also no single hotline or website to help patients locate a provider in their area who is offering the treatments.

Dr. Skovronsky said that patients who call Eli Lilly’s hotline eventually get the treatments. “But that’s not right,” he said. “It shouldn’t be only for people who are persistent, who know how to call around and have doctors to get it. It should be for everyone.”

Doctors and hospital executives said factors that have hindered the U.S. response to the coronavirus have also gotten in the way of distributing antibody treatments.

Every day in Green Bay, Wisconsin, doctors at Prevea Health, a large physician practice in the state, call high-risk patients tested through the state to offer the treatments. But federal testing sites don’t share patient information, making it difficult to reach people who could benefit.

“We haven’t done a very good job — nationally, locally, wherever — of getting to those high-risk populations and saying, ‘Hey, if you start feeling sick, we need to know right away,’ ” said Dr. Ashok Rai, president and chief executive of Prevea Health.

Despite the obstacles, Dr. Rai said Prevea has made some headway. Earlier in the pandemic, the intensive care unit of one of its partner hospitals, HSHS St. Vincent, quickly filled when there were outbreaks in long-term care facilities. But since the treatments became available, workers have rushed to administer them at two assisted living centers, cutting down on the number of patients hospitalized.

Another challenge is finding the space and staff members to safely administer the treatments. In Rome, Ga., Floyd Medical Center repurposed several rooms in the ward for hospitalized Covid-19 patients for infusions. And with Floyd stretched thin on staffing, nurses have at times had to work late to give the treatments, said Dr. Daniel Valancius, who directs the hospital’s monoclonal antibody program.

In many states, the drugs are available at a relatively small number of locations, mostly hospitals, which also lessens their accessibility to patients. In Massachusetts, an epicenter of world-class hospitals and clinics, the health department has directed doses to just 11 hospitals across the state.

Earlier this month, the pharmacy giant CVS partnered with the federal government to administer 1,000 doses of Eli Lilly’s drug at nursing homes and in patients’ homes. Mr. Azar, the health secretary, has encouraged governors to direct doses to pharmacies and outpatient clinics with infusion centers.

Despite the hurdles, some hospitals are quickly giving out their doses.

“I do not believe in waiting for that perfect patient,” said Dr. Joseph Flynn of Norton Healthcare in Louisville, Ky., which has been giving the treatments to 20 to 30 patients each day. “Each person that falls into the criteria is the perfect patient.”

At Huntsville Hospital in Huntsville, Ala., some patients have been turned away because there weren’t any infusion appointments available in time.

Dr. Daniel Neuberger, who oversees the hospital’s monoclonal antibody program, said that each week he requests a shipment of 100 doses from Alabama’s state health department. He got 100 the first week, but each week since, he’s gotten no more than 43.

“We need more access to drug, and that’s our biggest concern,” he said.

Early results have been encouraging. Dr. Neuberger’s team called the first 99 patients about a week after they got an infusion, 89 of them answered the phone — and just one reported having been hospitalized.

At West Tennessee Healthcare, a network of hospitals and clinics in a rural part of the state, executives enthusiastically embraced Eli Lilly’s antibody, which they affectionately call “bam,” short for its scientific name, bamlanivimab.

James Fountain, executive director of emergency services at West Tennessee, said notices were sent to doctors with admitting privileges at their hospitals and other area providers when the treatments became available in late November. “Word of mouth is huge,” he said. “I get calls all day.”