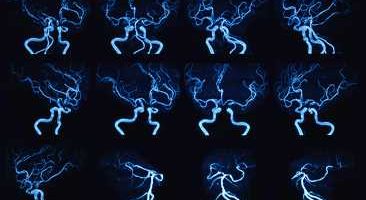 COVID-19 and the brain: What do we know so far?

What do we currently know about the effects of SARS-CoV-2 on the brain? In this feature, we round up the emerging evidence. 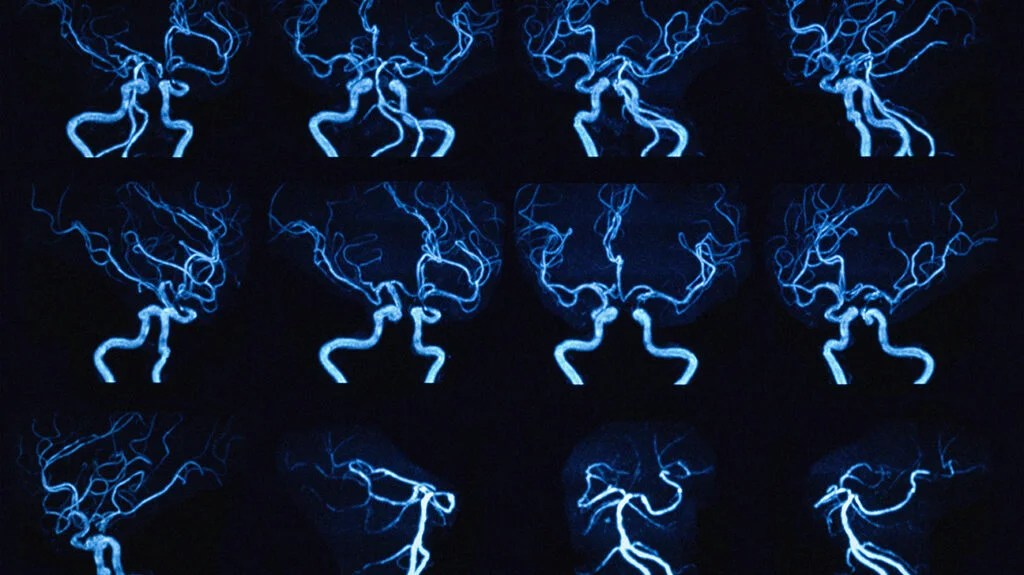 How does SARS-CoV-2, the virus that causes COVID-19, affect the human brain? Recent studies have given us clues, shedding light on why COVID-19 can be so severe for some people and why the symptoms can last a long time.

There is a long history of similar viruses affecting the brain, researchers have pointed out, so many expect the new coronavirus to have this effect.

For example, Dr. Gabriel A. de Erausquin, a professor of neurology at The University of Texas Health Science Center at San Antonio, notes that “Since the flu pandemic of 1917 and 1918, many of the flu-like diseases have been associated with brain disorders.”

“Those respiratory viruses included H1N1 and SARS-CoV. The SARS-CoV-2 virus, which causes COVID-19, is also known to impact the brain and nervous system,” adds the researcher. The question is — how, and to what extent?

Effect on the brain explains loss of smell

Dr. de Erausquin recently published a paper along with colleagues, including senior author Dr. Sudha Seshadri, a professor of neurology at the same institution and director of the university’s Glenn Biggs Institute for Alzheimer’s and Neurodegenerative Diseases.

“The basic idea of our study is that some of the respiratory viruses have affinity for nervous system cells,” Prof. Seshadri explains. She adds, “Olfactory cells are very susceptible to viral invasion and are particularly targeted by SARS-CoV-2, and that’s why one of the prominent symptoms of COVID-19 is loss of smell.”

Olfactory cells are concentrated in the nose. Through them, the virus reaches the olfactory bulb in the brain, which is located near the hippocampus, a brain area involved in short-term memory.

“The trail of the virus, when it invades the brain, leads almost straight to the hippocampus,” explains Dr. de Erausquin. “That is believed to be one of the sources of the cognitive impairment observed in COVID-19 patients. We suspect it may also be part of the reason why there will be an accelerated cognitive decline over time in susceptible individuals.”

The link with neurological disorders

In their paper, the scientists refer to existing evidence that makes them particularly wary of SARS-CoV-2’s impact on the brain. For example, researchers have found that:

By 2022, the authors plan to have learned more about how COVID-19 affects the brain. A consortium of researchers from over 30 countries — funded by the Alzheimer’s Association — will conduct concerted research into the neurological effects of the novel coronavirus.

Study participants will be recruited from a pool of millions of people with COVID-19, in addition to some already enrolled in international studies. The researchers will take key measures of brain health — using MRI scans and assessments of brain volume, cognition, and behavior — initially and at 6, 9, and 18 months of the study.

A call for lighter ICU sedation

Other research adds to the concerns expressed by Dr. de Erausquin, Dr. Seshadri, and their colleagues — specifically regarding the risk of delirium and coma.

A new study appearing in The Lancet Respiratory Medicine found a much higher rate of these outcomes among COVID-19 patients than what is usual among patients with acute respiratory failure.

The authors of this study looked at 2,088 COVID-19 patients admitted to 69 adult ICUs across 14 countries. They found that about 82% of the patients were in a coma for an average of 10 days, and 55% had delirium for an average of 3 days. On average, acute brain dysfunction, manifested as a coma or delirium, lasted for 12 days.

“This is double what is seen in non-COVID ICU patients,” explains co-first study author Brenda Pun, an advanced care nurse at the Vanderbilt University Medical Center’s Division of Allergy, Pulmonary, and Critical Care Medicine, in Nashville, TN. Pun is also the director of data quality at the Vanderbilt Critical Illness, Brain Dysfunction, and Survivorship Center.

The study was observational, so it could not draw conclusions about the causes of these rates of acute brain dysfunction. However, the authors speculate that strong sedatives and reduced family visitations may both play a role.

The authors caution that because of the pressures of the pandemic, many healthcare professionals have reverted to older practices, while newer protocols have clear provisions in place for avoiding acute brain dysfunction.

“It is clear in our findings that many ICUs reverted to sedation practices that are not in line with best practice guidelines,” says Pun, “and we’re left to speculate on the causes. Many of the hospitals in our sample reported shortages of ICU providers informed about best practices.”

“There were concerns about sedative shortages, and early reports of COVID-19 suggested that the lung dysfunction seen required unique management techniques including deep sedation. In the process, key preventive measures against acute brain dysfunction went somewhat by the boards.”

“These prolonged periods of acute brain dysfunction are largely avoidable. Our study sounds an alarm: As we enter the second and third waves of COVID-19, ICU teams need, above all, to return to lighter levels of sedation for these patients, frequent awakening and breathing trials, mobilization, and safe in-person or virtual visitation.”

Other researchers have focused on how the new coronavirus infects neurons and damages brain tissue.

For example, a team led by Akiko Iwasaki, the Waldemar Von Zedtwitz Professor of Immunobiology and Molecular, Cellular, and Developmental Biology at the Yale School of Medicine, in New Haven, CT, used lab-grown, miniature 3D organ reproductions to analyze how SARS-CoV-2 invades the brain.

The study, which appears in the Journal of Experimental Medicine, showed that the new coronavirus was able to infect neurons in these lab-grown organoids and replicate itself by boosting the metabolism of infected cells. Simultaneously, healthy, uninfected neurons in the vicinity died as their oxygen supply was cut off.

The researchers also determined that blocking the ACE2 receptors prevented the virus from infecting the human brain organoids.

The scientists also analyzed the effects of SARS-CoV-2 on the brains of mice genetically modified to produce human ACE2 receptors. Here, the virus altered the brain’s vasculature, or blood vessels. This could, in turn, cut off the brain’s oxygen supply.

Lastly, Prof. Iwasaki and her team examined the postmortem brains of three patients who died from COVID-19. They found SARS-CoV-2 in the cortical neurons of one of the three. The infected areas were associated with ischemic infarcts, wherein a limited blood supply caused tissue damage and cell death. All three patients had microinfarcts in their brains.

“Our study clearly demonstrates that neurons can become a target of SARS-CoV-2 infection, with devastating consequences of localized ischemia in the brain and cell death. […] Our results suggest that neurologic symptoms associated with COVID-19 may be related to these consequences and may help guide rational approaches to the treatment of COVID-19 patients with neuronal disorders.”

‘Once it infects the brain, it can affect anything’

Another study supports the idea that COVID-19’s attack on the brain is what makes the disease very severe.

A team of researchers, including senior study author Mukesh Kumar, a virologist specializing in emerging infectious diseases and assistant professor at Georgia State University, in Atlanta, infected the nasal passages of mice with the new coronavirus. This caused severe illness in the rodents, even after the infection had cleared from their lungs.

The scientists then analyzed levels of the virus in several organs, comparing the intervention group of mice with a control group, which had received a dose of saline solution instead of the virus.

The results — published in the journal Viruses — revealed that viral levels in the lungs peaked around day 3 after the infection, but levels in the brain persisted on days 5 and 6, coinciding with the symptoms being most severe and debilitating.

The scientists also found that the brain contained 1,000 times higher levels of the virus than other parts of the body.

This may explain, the senior researcher says, why some people seem to recover after a few days and have improved lung function, only to then relapse and have more severe symptoms, some of which can prove lethal.

“Our thinking that [COVID-19 is] more of a respiratory disease is not necessarily true,” Kumar says. “Once it infects the brain, it can affect anything because the brain is controlling your lungs, the heart, everything. The brain is a very sensitive organ. It’s the central processor for everything.”

“The brain is one of the regions where viruses like to hide,” he continues, “because unlike the lungs, the brain is not as equipped, from an immunological perspective, to clear viruses.”

“That’s why we’re seeing severe disease and all these multiple symptoms like heart disease, stroke, and all these long-haulers with loss of smell, loss of taste,” explains the senior researcher. “All of this has to do with the brain, rather than with the lungs.”

Kumar cautions that the brain damage may mean that many people with COVID-19 continue to be at high risk of neurodegenerative diseases, such as Parkinson’s, multiple sclerosis, or general cognitive decline, after recovering.