Concussion linked to suicide risk: Players who suffer head injuries are twice as likely to take their own lives, report finds

People who suffer concussions or mild traumatic brain injuries are twice as likely to commit suicide compared to their peers who don’t, according to a new research paper.

Researchers at the University of Toronto analyzed data on more than 700,000 patients across 17 studies to clarify what we know about concussions, since it is now a top talking point but research is moving slowly.

The team found no evidence that would alleviate concerns about concussions, and one of the studies they analyzed showed a blow to the head triples the risk of suicide.

There are weaknesses to the report – very few of the studied patients actually committed suicide, all of the studies used different techniques, and they did not prove that concussions cause suicidal thoughts.

However, experts say the link is clearly so widely documented that we cannot ignore the fact that acute concussion might add to long-term neuropsychiatric illness. 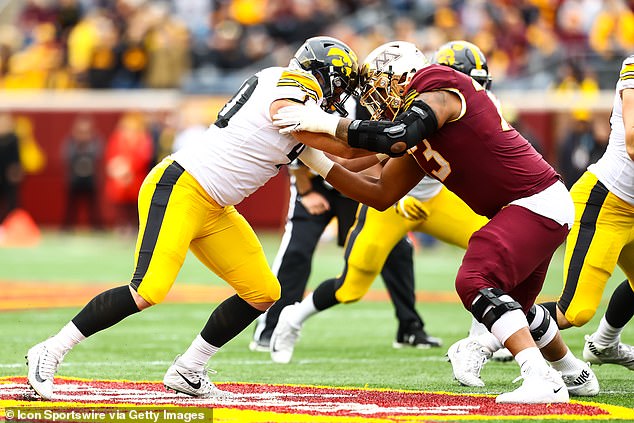 A team at the University of Toronto analyzed data on more than 700,000 patients across 17 studies to clarify what we know about concussions, since it is now a top talking point but research is moving slowly

Chris Nowinski, co-founder and CEO of the Concussion Legacy Foundation, told DailyMail.com ‘the study should not case widespread panic’ among parents with children playing football, but these findings should not be dismissed lightly.

‘We need to more deeply investigate the connection between concussion and suicide so we can prevent it.

‘Concussion has a lot of negative outcomes that we are only beginning to appreciate. Even if the suicide risk is relatively low, suicide is tragic in any circumstance.

‘We have enough research at this point that we should be concerned about [people who suffer concussions].’

The study, published today in JAMA Neurology, could not test the basic mechanisms that may connect concussions with suicide, and the nature of scientific research means that even the most well-funded and fast-tracked studies are still years out from answering that question.

But it’s hardly the first report to connect the two – and events in the past decade have added to the growing public concern in the long-term risks of contact sports.

Concussion, the movie starring Will Smith, told the story of Dr Bennet Omalu who is credited with first discovering CTE (chronic traumatic encephalopathy, the neurodegenerative disease that has been detected posthumously in a number of players and is believed to be linked to head hits).

Separately, the suicide rate has been steadily climbing in the US, driven by a myriad of factors, including social pressure and stress. Many sociologists blame the rise on the advent of social media – which is also a prominent facet in the lives of athletes, who are young, high profile, with a lot of attention and expectations.

As the JAMA Neurology editorial put it, science is needed before real social change comes about.