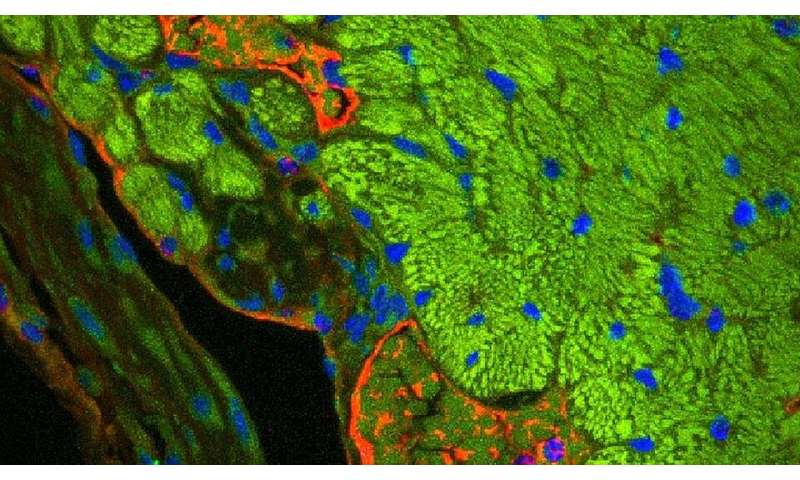 In a new study, Johns Hopkins Medicine researchers have shown how an enzyme can activate and engage a “trash and recycling system” in heart cells to help patients better recover from a heart attack. The researchers say in their study, published in Nature Communications, that they believe this system could be modified and used to clean up damaged and misfolded proteins that accumulate in heart cells and eventually become toxic.

The researchers found that the enzyme protein kinase G, which ramps up after a heart attack, influences CHIP (carboxyl terminus of Hsc70-interacting protein) to help move misfolded, damaged proteins to the proteasome, the “recycling plant” of the cell. Based on this finding, the researchers showed that CHIP—modified by protein kinase G or genetically changed to mimic this modification—has enhanced ability to clear the damaged proteins. Subsequently, they explain, this prevents progress to heart failure after an attack.

The discovery came when lead author, Mark Ranek, Ph.D., assistant professor of medicine at the Johns Hopkins University School of Medicine, studied mice genetically engineered to block protein kinase G from being turned on after a heart attack. He noticed that CHIP protein levels were much lower than normal, and misfolded/damaged proteins accumulated in greater number in the mouse hearts. This meant that CHIP was a key factor in clearing the damaged proteins. Further supporting the connection was the fact that blocking protein kinase G weakened CHIP’s function, while turning on the kinase or using mutations to mimic that it was protective.

“Because CHIP is so small and easy to work with, we think that it will be possible to develop its genetic mutation form into a gene therapy that could be used to treat not only heart disease, but also diseases like Parkinson’s or Alzheimer’s that also result from the buildup of misfolded proteins, but in this case in the brain,” says David Kass, M.D., the Abraham and Virginia Weiss Professor of Cardiology at the Johns Hopkins University School of Medicine.