Camping in the Cotswolds left me in pain for YEARS

Keen runner Blair Jollands was about to start training for a marathon when, in August 2015, a tick bite changed everything.

‘I had been camping in the Cotswolds,’ says the singer-songwriter and composer, whose work has featured in Poldark and the film Shackleton, for which he received an Emmy nomination.

‘Ten days after we came home, I noticed what I thought was a skin tag on my inner upper thigh. I pulled it off, and later, in September, I noticed a strange, circular red rash in the same area which grew bigger and brighter over the next four weeks,’ adds Blair, 47, who lives in London with his wife, Liz, and their eight-year-old son.

‘I felt quite tired and was getting neck ache. My wife read an article about Lyme disease, spotted that my rash looked like a bullseye — a common symptom — and suggested I see a doctor.’ 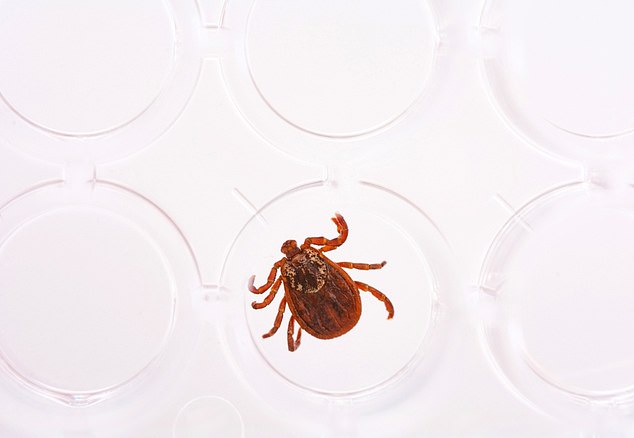 Did you know? Lyme disease is a bacterial infection which is contracted after a bite from a tick carrying the bacterium Borrelia burgdorferi

Lyme disease is a bacterial infection which is contracted after a bite from a tick carrying the bacterium Borrelia burgdorferi.

Blair went to the GP and was given a blood test and a two-week course of the antibiotic doxycycline. Soon after, he was told he had tested negative for Lyme — yet a week later it turned out he had tested positive after all.

‘By then I was feeling very unwell, and was having panic attacks, heart palpitations, and waking in the night drenched in sweat,’ says Blair. ‘I also felt nauseous.’

He was told that because he’d had a course of antibiotics, he was deemed clear of the disease. ‘I approached several hospitals for more treatment, and was told I was a hypochondriac,’ he says.

Confirmed cases of Lyme disease have risen from 346 in 2003 to 1,700 in the past year, according to Public Health England.

Ticks can be found all over the country. They are the size of a dot, so a bite can easily be missed and symptoms may not occur for weeks. Around 70 per cent get a red rash. Other symptoms include a raised temperature, muscle and joint pain, headaches and fatigue. 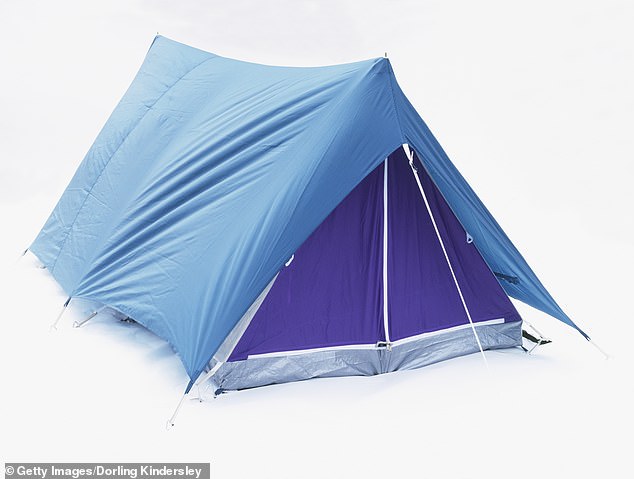 Careful! Ticks can be found all over the country. They are the size of a dot, so a bite can easily be missed and symptoms may not occur for weeks

Left untreated, the infection can affect the nervous system and even damage the heart.

‘The longer the bacterium has to move from the skin to the rest of the body, where it can attack the joints, heart and nervous system, the harder it is to treat,’ explains Dr Sandra Pearson, of the charity Lyme Disease Action.

But diagnosis isn’t straightforward. The standard NHS test checks for antibodies to the bacterium Borrelia burgdorferi.

If it is positive, a second test, called an immunoblot, will look for more specific antibodies.

Both tests have limitations. ‘Tests taken soon after a bite may not pick up Lyme because it can take six to eight weeks before antibodies develop,’ says Dr Pearson.Guidelines on Lyme from The National Institute for Health and Care Excellence (NICE) make it clear that the tests can give false negative results.

For Lyme disease, NICE recom-mends three weeks of antibiotics, usually doxycline; and if that doesn’t work, another antibiotic — usually amoxycillin — for 21 days.

Blair — who had only two weeks of doxycycline — was still feeling unwell by November 2015, and sent a blood sample to Germany for a lymphocyte transformation test (LTT), that looks for bacterial activity rather than antibodies. 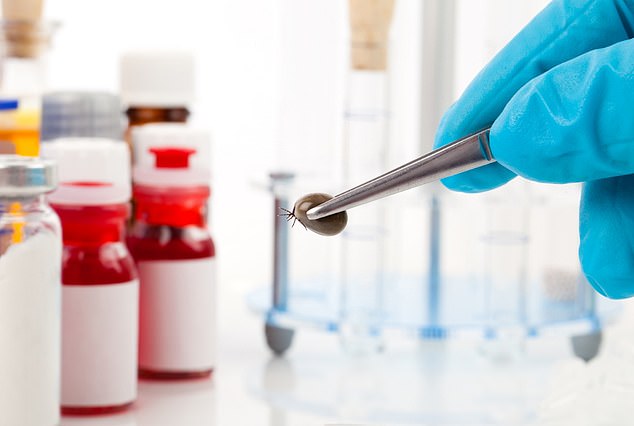 Increase: Confirmed cases of Lyme disease have risen from 346 in 2003 to 1,700 in the past year, according to Public Health England

Dr Pearson says there are questions over the accuracy of the test, which is not available in the UK.

Blair’s results showed signs of infection. He tried alternative therapies but his problems persisted. ‘I would try to run, but then feel so lousy I’d have to sleep for three hours,’ he says.

In February 2017, 18 months after being bitten, Blair paid privately to see an infectious diseases consultant in Ireland. Further tests showed the Borrelia burgdorferi bacterium was still active and he was put on three antibiotics. After nine months of treatment, his symptoms finally lifted.

But some believe seeking further tests is not always helpful.

‘Many who test negative for Lyme on the NHS are encouraged by online forums to send blood to private laboratories overseas,’ says Stella Huyshe-Shires, of Lyme Disease Action.

‘These laboratories sometimes use tests which are not specific for Lyme. So a person can receive a “positive” result . . . and believe Lyme is the cause of their problems, when it might not be.’

Yet a more accurate test has so far proved elusive. ‘I’ve struggled for three years because of the lack of knowledge of Lyme in the NHS,’ says Blair.

‘It shouldn’t be that way.’