Many parents will be only too familiar with the problem of children tossing and turning for hours before they finally go to sleep.

Rather than put up with it, a growing number of families are turning to prescribed melatonin to help children fall asleep. For many it’s a revelation.

“It’s amazing!” said Alison Guille from Beverly Hills in Sydney, whose daughter Mia has struggled with going to sleep for most of her life. 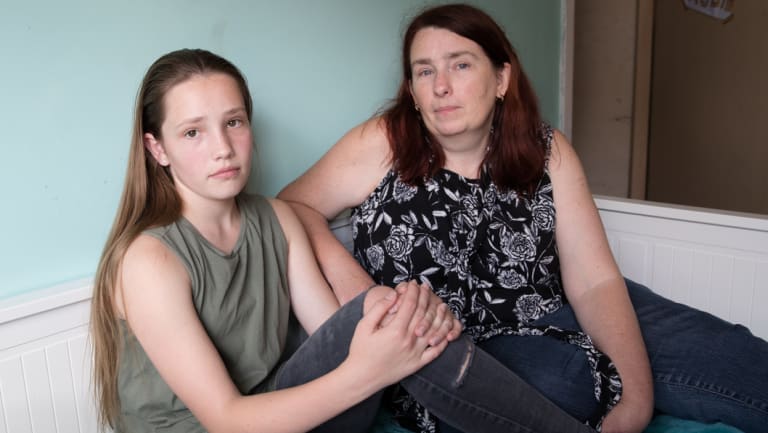 Mia Guille, 14, and her mother Alison take a cautious approach to melatonin.Credit:Janie Barrett

Adults who have trouble getting to sleep or need to reset their body clocks to deal with jet lag or shift work have long sworn by melatonin, a synthetic version of the natural hormone that regulates your sleep rhythm.

Now there’s enough evidence about safety and efficacy that doctors are prescribing it for children too, usually in low doses.

Mia, now 14, has been taking melatonin on and off since she was nine, and also takes medication to manage epilepsy. Rather than take melatonin every night, she saves it for when she’s feeling anxious or has had a bad couple of nights sleep.

Before melatonin, Mia wouldn’t fall asleep until 1am. After melatonin, the transformation was immediate.

“She’d be asleep by 8.30-9 o’clock and sleep right through to seven, it was bloody awesome!” Ms Guille said. “Everything just got better – life’s just better when you’ve had a sleep! It was ruling our lives, it really was, it was horrible.” 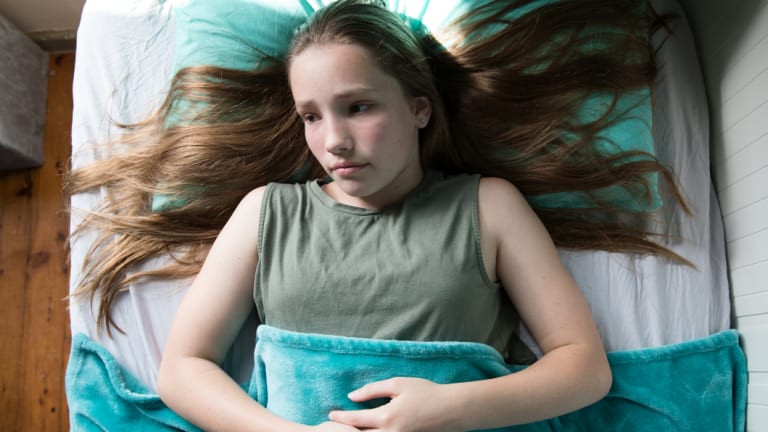 Mia Guille, 14, has taken melatonin on and off to help her sleep since she was nine.Credit:Janie Barrett

There are no official figures about melatonin usage because it’s mostly not on the pharmaceutical benefits scheme, though it’s tightly regulated in Australia by the Therapeutic Goods Association.

But doctors, pharmacists and the wholesalers who supply them are reporting a growing trend. And after a post on social media, Fairfax Media was inundated with stories from parents. A few had tried it and found it didn't work, but most were raving about how it had transformed their lives for the better.

Professor Harriet Hiscock, a paediatrician at the Royal Children’s Hospital Melbourne, said she had seen increased usage of melatonin for children.

“It’s growing in popularity across both primary-school age and teenage children and there’s some use of it in preschool children as well,” Professor Hiscock said. “The cat’s well and truly out of the bag – parents are good at talking [with each other].”

Marina Holt, education and training manager at PCCA, a wholesaler that supplies compounding pharmacists, said sales of melatonin were continuing to grow. "There’s increased acceptance of it,” she said.

Dr Maree Barnes, the immediate past president at the Australasian Sleep Association, said adults were increasingly wary of using traditional sleeping pills and having discovered a natural alternative in melatonin were now realising it could help children too.

“I’ve been doing this for more than 25 years and we’ve certainly seen a significant increase in that time in the use of melatonin, and the use in children is a recent thing,” Dr Barnes said. “It’s because we didn’t [previously] know if it was safe in children.”

Professor Hiscock said there was a growing body of evidence to support melatonin.

“It’s probably pretty safe,” Professor Hiscock said. “The studies with the longest evidence are 14 months to two years so it’s not particularly long-term. In paediatrics there’s always the feeling you should avoid medication if you possibly can. In 70 per cent of children behavioural strategies work, and you don’t need melatonin.”

However, Professor Hiscock added getting enough sleep was “incredibly important” for a child’s health, mental health, immunity and growth, though the exact amount needed varied among individuals.

“If a child is happy and functioning well, they don’t need more sleep,” Professor Hiscock said. “If they’re grumpy, moody or upset there can be lots of causes but they may need more sleep.”

Andrew Harb, general manager at wholesaler Medisca, said melatonin was a “godsend” for the whole family. One study done with children with autism showed children taking melatonin were getting to sleep half an hour earlier than those taking a placebo and this was measurably reducing stress for their parents.

Melatonin is the natural hormone released by the pineal gland that regulates your circadian rhythm – your natural body clock that determines sleepiness and wakefulness in a 24-hour cycle.

“It’s why we start feeling tired in the evening and wake up in the morning,” Dr Barnes said. “ It’s not actually a sedative, it doesn’t bomb you out, [the supplement] just augments that naturally occurring hormone.”

There are many reasons why someone might find it hard to switch off their mind and fall asleep but melatonin is particularly popular for adults and children on the autism spectrum disorder, or with attention deficit hyperactivity disorder, epilepsy, Williams syndrome and anxiety disorders.

Most melatonin is rapid release, so it should be taken shortly before bedtime. As it is not a sedative, the effect will wear off if you take the medicine but then decide to watch more TV, for example.

There is one branded product sold by pharmacists: Circadin, a 2mg tabletdesigned for adults. It's a slow-release product, which means it should be taken an hour before bedtime and it can help with night waking.

Other melatonin formulations are made up by a compounding pharmacist, which means the dose can be tailored and can be in either capsule form or liquid suspension. A 100ml bottle of liquid melatonin costs about $80.