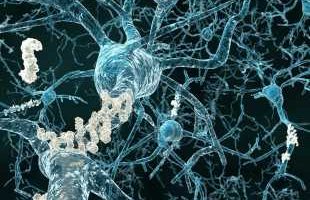 Considering how patients from different ethnic groups respond to the same drug could be crucial to finding new Alzheimer's disease treatments – a disorder the Alzheimer's Association previously deemed a "silent epidemic" among Black adults.

A Cleveland Clinic-led study published in Alzheimer's & Dementia: The Journal of the Alzheimer's Association showed that telmisartan, a drug currently prescribed for people with high blood pressure, is associated with a lower risk of Alzheimer's specifically in Black patients over age 60. Insurance data from millions of adults over age 60 did not show the same potential effect in white patients.

The findings suggest that future clinical trials should prioritize including patients from minority populations to find or reinforce these associations, says Feixiong Cheng, Ph.D., Associate Staff at the Cleveland Clinic Genomic Medicine Institute.

More than 6 million people in the U.S. suffer from Alzheimer's disease, the most common form of dementia. Black adults over age 60 are 1.5 to twice as likely to develop Alzheimer's than white patients. So far there is only one drug approved to treat a potential underlying cause for Alzheimer's directly in the brain, though there are other options for addressing symptoms.

Compilation of the top interviews, articles, and news in the last year.
Download a copy today

For this study, researchers used state-of-the-art retrospective cohort design analysis to examine data of more than 5 million patients in the Alzheimer's Disease Sequencing Project . They found that telmisartan was significantly associated with a reduced incidence of Alzheimer's in Black participants.

Black patients are more likely to have the comorbidities already associated with Alzheimer's, like hypertension, diabetes and chronic kidney diseases. Researchers are now working to determine how routine medical management of these conditions might also be associated with the reduced risk of developing Alzheimer's when taking telmisartan.

Though Black patients are more likely to develop Alzheimer's and suffer from associated comorbidities, they are chronically underrepresented in clinical trials. Keeping this in mind when recruiting for trials can help produce diverse population genetic data, critical to further investigation and drug discovery, Dr. Cheng says.