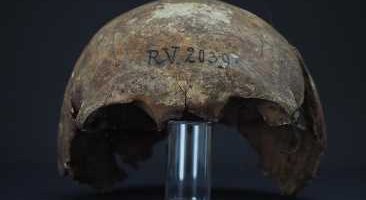 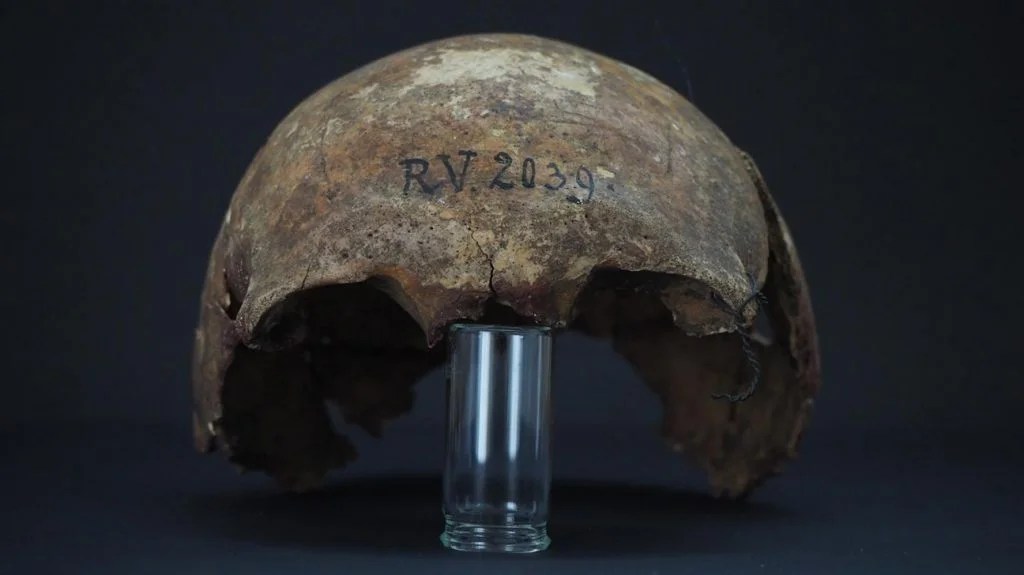 Researchers conducting a genetic analysis of a 5,000-year-old hunter-gatherer have found the oldest strain of Y. pestis, the bacteria behind the plague.

Their work, which now appears in the journal Cell Reports, places the appearance of Y. pestis 2,000 years earlier than previously thought.

In 1875, amateur archaeologist Carl George Count Sievers completed the first systemic excavation of Rinnukalns, a site in what is present-day Latvia. Sievers found the skeletal remains of a teenage female and a male aged 20–30 years, called “RV 2039.”

He later sent the crania of the two individuals to German physician Rudolf Virchow, who is famed for using cell theory to explain the effects of disease and for contributing to the development of anthropology.

After World War II, the crania of the two individuals went missing until 2011, at which point they were located during an inventory of Virchow’s collection.

Researchers later found the remains of two more individuals in Rinnukalns. They believe that all four lived 5,000 years ago.

Senior author Dr. Ben Krause-Kyora, head of the ancient DNA (aDNA) Laboratory at the University of Kiel in Germany, told Medical News Today that he and the team of researchers began the project to see how the four individuals were related to other surrounding people from the Neolithic time period.

Using samples from the teeth and bones of all four hunter-gatherers, the researchers ran aDNA analyses that also included pathogen screenings.

Y pestis, the infectious agent responsible for at least three historical plague epidemics, showed up in the remains of RV 2039.

“We were really lucky and surprised to find this,” said Dr. Krause-Kyora.

The researchers determined that RV 2039 carried the oldest strain of Y. pestis ever discovered. The researchers believe that it was likely part of a lineage that emerged about 7,000 years ago, only a few hundred years after Y. pestis split from its predecessor, Yersinia pseudotuberculosis.

Hunter-gatherers frequently killed rodents for food and decoration. The researchers believe that RV 2039 may have contracted Y. pestis or Y. pseudotuberculosis from one.

“In theory, it could be possible [that] an animal bit the person,” Dr. Krause-Kyora told MNT.

Beaver was the most frequently found species at the Rinnukalns site. Currently, according to Dr. Krause-Kyora, the researchers are testing beaver remains to see whether they carried Y. pseudotuberculosis or Y. pestis.

From the analysis, the researchers know that this ancient strain of Y. pestis lacked the gene that first allowed fleas to act as vectors and spread the plague. Most likely, according to the researchers, it would take more than 1,000 years for Y. pestis to acquire the mutations needed for flea-based transmission.

The fact that RV 2039 was carefully buried and that the bodies near his did not have Y. pestis led the researchers to speculate that it is less likely that he died of a highly contagious respiratory version of the plague.

“So our hypothesis is more that [these] bacteria are lacking a couple of genes and maybe as well seven mutations, which makes [them] really able to be transmitted quite quickly and fast in populations,” Dr. Krause-Kyora told MNT.

“So maybe these are more sporadic outbreaks with a couple of dead people in the end. But the bacterium running to a dead end more or less and vanished afterward.”

Understanding the history of Y. pestis could be beneficial to scientists studying today’s viruses and diseases, according to Dr. Krause-Kyora.

“We can learn something about these zoonotic diseases [that] are appearing, and [the new coronavirus] is one,” he said. “We can really learn how this pathogen more or less adapted [to] new host systems.”