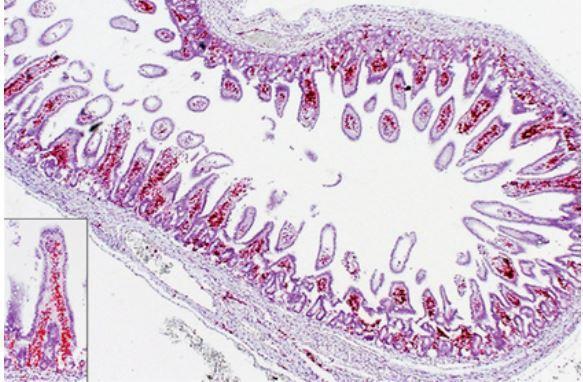 Scientists at the University of Otago (New Zealand) learned how the virus Seneca valley infects cancer cells and kills them. In the future this will create a new method of treatment of malignant tumors. About it reported in a press release on EurekAlert!.

Experts have observed for infection of tumor cells by the virus via cryoelectronic of high-resolution microscopy in which the samples are in conditions of low temperature. It turned out that the virus Seneca valley associated with the protein receptor ANTXR1, which is on the surface of the defective cells. While ANTXR2, which is characteristic for healthy tissue remains intact infectious agent.

According to scientists, the results of the study will help to develop a method of applying virus Seneca valley in which the body does not develop resistance to it. This can be achieved if we modify the agent, therefore, to leave part of interacting with ANTXR1, and remove something that reacts with the human immune system.

In September 2017 it was reported that scientists from Leeds University and the Institute of cancer research London found a mechanism that improves the efficiency of the drug T-vec in the fight against melanoma. T-vec created based on viruses and triggers a local immune response against tumor cells.