Asking me if I'm 'off my meds' is rude and offensive 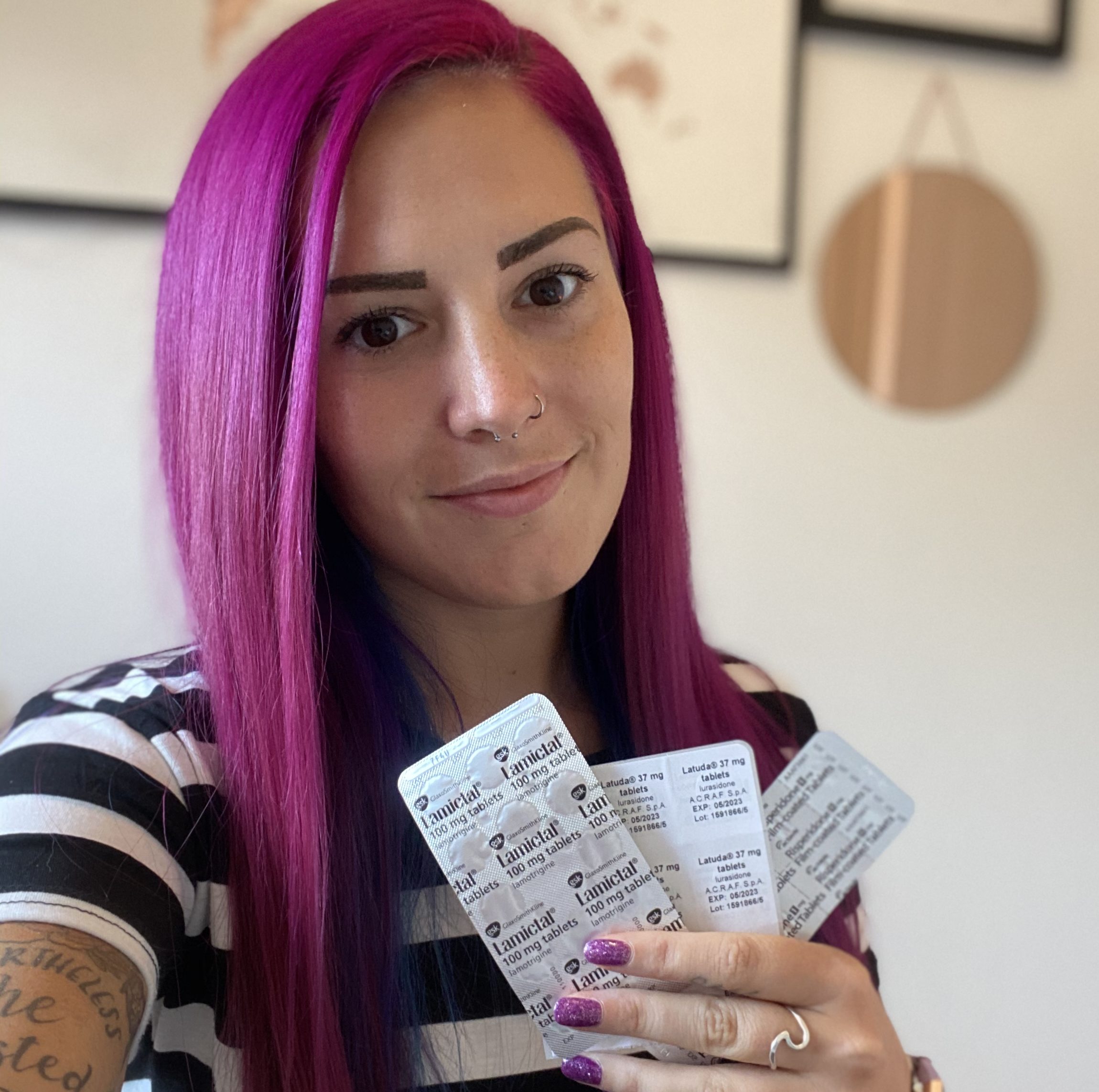 I’m very open about my mental health issues. I was diagnosed with bipolar disorder in 2015 and I’m currently recovering from an 18-year battle with anorexia.

But lately, I’ve been wondering if perhaps I’m too open.

I started my mental health blog, Cara’s Corner, in 2017. I write candidly about my treatment plan – I currently take an antipsychotic and a mood stabiliser to help balance out the highs and the lows, and I am receiving therapy through the eating disorders service.

I also use my Twitter and Instagram platforms to share my story, raise awareness and challenge stigma, and I always try to be as honest as I can about the challenges of living with mental illness as well as the benefits of recovery and wellness.

But that doesn’t mean I don’t joke around and have fun on social media, too.

Recently, I went for lunch with a friend and left my car keys in my car. After returning to the café and trying to covertly look around people’s feet, I came to the conclusion that I had lost them. My friend was convinced I had left them in my car, but I had zero belief that this was the case. We laughed about it when I had to eat my words after seeing them hanging from my ignition.

Thinking this was a mildly amusing anecdote, I posted about it on Twitter and didn’t give it a second thought… until a few minutes later, when I received a frantic DM from somebody I have never spoken to before in my life.

‘Oh my goodness,’ they wrote. ‘Are you okay? Did you skip your meds? Who’s around?’

Not connecting these two things at all, I asked what they were talking about. It transpired that my tweet about leaving my keys in my car had somehow led to a stranger assuming that I had missed my medication and entirely lost my marbles overnight.

There are so many things wrong with this.

Firstly, it’s an incredibly presumptuous and intrusive question to ask somebody you have never interacted with. Secondly, that isn’t how psychiatric medication works. It builds up in your system over time – I don’t miss one dose and immediately fall into an episode.

Getting messages like this is challenging. When you share a lot online, it is easy for people to think they know you on a personal level, and some therefore don’t think the boundaries of normal social etiquette apply.

A message like this can feel violating, particularly if it does not come from a friend or family member. I felt immediately defensive and it made me question whether I should talk about my mental health publicly, even to try and contribute towards a movement I feel so passionately about.

I told this person that neither my mental health nor medication had anything to do with the incident, and that it was rude to make these assumptions about a stranger. We didn’t interact past this point and I’m not sure whether my feedback will have changed their perception, though I hope it might have made them more considerate of people’s boundaries.

I hate that despite so many of us trying to raise awareness about mental illnesses, there remains so much misunderstanding. The idea that I cannot make a simple human error or display any emotion without it being presumed that I am mentally unstable is incredibly frustrating.

In 2017, Public Health England reported that 7.3million adults in the UK were prescribed antidepressants. Despite this, there remains a huge stigma around taking psychiatric medication. It can be seen as shameful and the ‘easy way out’ for people who are too lazy to try yoga or get enough fresh air.

I don’t believe that anybody should feel ashamed of taking medication to help improve their wellbeing.

At some point, we need to move past this tendency to pathologise every action of people with mental health problems. I am not manic because I am happy or depressed because I get sad. I, like other people, can be scatty and forgetful. I can and do make mistakes.

This isn’t the first time I have heard comments like this. So many times over the years, people have asked me if I’ve been taking my medication when I display what I consider to be normal human emotions.

I do think there can be a place for this type of question if it is somebody you know very well and have genuine concern for, but this should not be the role of an acquaintance, let alone a stranger on the other side of a screen.

Those of us who live with mental illness are still human beings, and we are not immune to the many foibles of human beings.

Talking about your vulnerabilities online can be difficult, but I have found it to be overwhelmingly positive. I know that talking about it helps others to feel less alone and, in turn, able to share their own experiences.

But it’s important to have boundaries in place to protect your wellbeing, because people can feel a sense of entitlement to your story.

Despite this incident, I’m going to keep sharing my experiences, because while these myths persist there is still work to be done.

Get in touch by emailing [email protected].