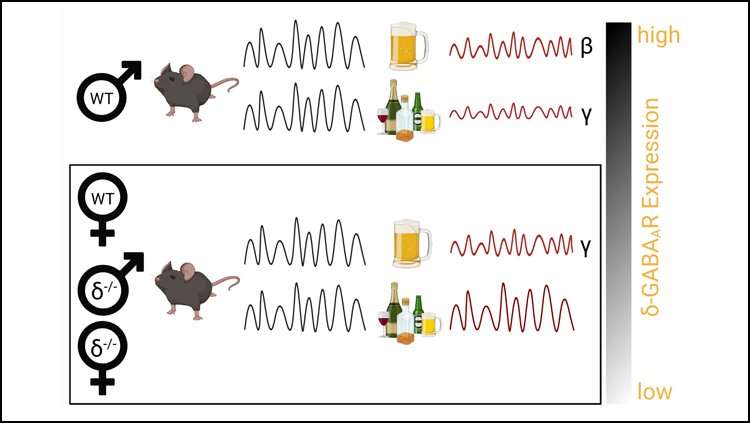 Alcohol alters synchronized brain activity in the amygdala of mice, but differently for male and female mice, according to new research published in eNeuro.

Alcohol misuse often goes hand-in-hand with anxiety and depression, and a brain region called the amygdala is involved in both. Changes in synchronized brain activity, called oscillations, between areas like the amygdala and prefrontal cortex can influence anxious and fearful behaviors in both rodents and humans. Yet how alcohol may impact the amygdala network to change behavior is not known.

DiLeo et al. administered alcohol to mice and measured corresponding changes in oscillatory states in the amygdala. Alcohol affected amygdala oscillations differently in male and female mice, especially after repeated alcohol administration. In fact, the oscillatory state of females did not change at all after repeated alcohol administration. The researchers repeated the experiment in mice without a subunit of a receptor linked to alcohol use and anxiety, which induced traits of the female network activity in males.