A new open-access portal for human immunology data and tools 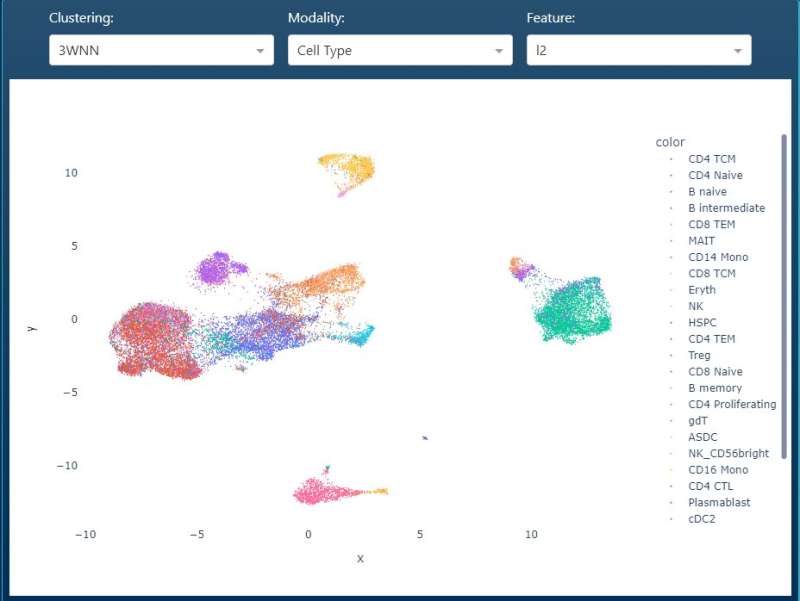 Researchers at the Allen Institute for Immunology have been busy. Since the division of the Allen Institute launched in late 2018, the 60-person team of immunologists, molecular and computational biologists, engineers and other staff have been setting up a new way of doing research to handle a massive trove of data that’s now wending its way through experiments and analysis: long-term studies of how the immune system changes, responds or fails to respond in the course of a healthy human life or during immune-related diseases.

Now, the division has built a new online portal for all to explore the details of their work and, eventually, the health and disease-related human data as well.

Launched today, the Human Immune System Explorer is the Allen Institute for Immunology’s data-sharing portal to the broader community. Built using de-identified and anonymized data, the site allows scientists to delve into the methods and resources the immunology team is using to analyze and manage their studies on human immunology. As the team’s long-term studies of immune health and diseases are completed, those data will be deposited on the public portal as well. The researchers hope that by making their data available to the public, others in the scientific community will comb through the data to make their own insights about human immunology that could eventually lead to better, more precise therapies for immune-related diseases.

As the immunology team established a specialized process, also called a research pipeline, to carry out multi-year studies of human immune health and disease, including studies of the immune system in COVID-19, cancer, and autoimmune disease, they realized they needed to develop new methods to study the immune system and analyze the resulting data. As they are continuing to follow healthy and patient volunteers for two or more years, the first public release on the open-access platform contains data and tools related to these newly developed methods. Data from the long-term studies themselves will be released on the public portal in the years to come.