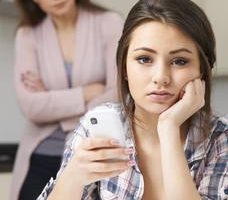 Reboot your brain: how parents can stay one step ahead in tech

As the school term kicks off, there’ll be an increasing focus on the technology in your child’s pocket, on her wrist or in his schoolbag. Here are a few tips for parents from Technology Editor Adrian Weckler.

If you decide to give your child a smartphone, you may be interested to know that there are technical systems that allow you to keep tabs on what your child is doing with the phone.

Phone and laptop filters, such as Net Nanny, Cyber Sitter and Pure Sight are fairly effective in cutting out access to adult content and unapproved apps, although some of them can be pricey. If your child has their own phone or tablet, you can disable internet browsers and specific apps through the password-protected restrictions in settings (on iPhones, iPads and Android devices). You can also remotely control the amount of time that your kids are allowed to engage with their devices through features such as Screen Time for iOS (iPhones and iPads).

2 Consider a ‘Feature phone’ instead of a full-powered smartphone

This may be a difficult sell to your child, but one way to sidestep the arguments about the need to be contactable is to hand them a phone with lesser abilities. That doesn’t mean a €99 Android smartphone, which can essentially access as much as a top iPhone. An interesting option is Nokia’s 8110 (€79 from Harvey Norman). The handset, which comes in yellow or black, is reminiscent of the classic ‘Matrix’ phone, with a small colour screen and button operation. The key element is that it only comes with basic internet and a basic camera. So while your child will be in touch and can take rudimentary photos, there’s no Snapchat or Instagram on it. And getting online to nasty stuff will be much more difficult.

3 Don’t worry too much about getting the latest iPad

Some schools issue advisories to parents about getting the latest, newest iPad if there’s a digital curriculum. In many cases, this doesn’t have to be observed. Apple iPads, in particular, have maintained a consistent performance level for many years and usually outlast laptops. While there’s no getting around a minimum amount of storage (if the curriculum needs a 32GB model, you won’t be able to make do with a 16GB model), technical requirements around displays or Apple chipsets can usually be ignored.

Recent research from DCU indicates that a minority of parents monitor their children’s social media use. While kids deserve some privacy, engagement is important. Try to learn about apps such as Instagram, Snapchat, TikTok and whatever else they may be using. Just because you use Facebook or Twitter (which kids don’t use), this doesn’t mean you know how it all works.

It’s a well worn complaint, but apps like Instagram glorify the perfect self and are frequently cited in problems kids have with issues of self-esteem related to body image, especially among teenage girls.

“Kids sometimes value what their online following is saying about them more than their real life family and friends,” said Alex Cooney, chief executive of CyberSafe Ireland.

“In one of the school education sessions we held, a nine-year-old girl told us that she takes 20 selfies and if she doesn’t get enough likes or comments, she takes it down because she assumes people think she’s ugly.”

Last month, a study of 3,826 adolescents in Canada found that social media may be associated with teenage depression as kids compare themselves with unrealistic images of acquaintances and role models.

Also, keep a special eye on cyberbullying among female children. Research shows that cyberbullying is overwhelmingly a female teen problem in Ireland. Whereas 9pc of teenage girls report some cyberbullying experience on social networks, just 1.2pc of boys say they have shared a similar experience, according to recent studies.