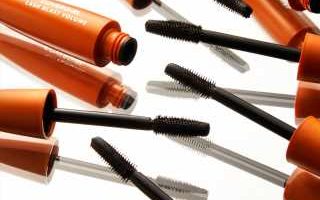 Mercier, currently Coty’s deputy cfo, has been with the company since 2017. He is tasked, along with Coty’s chief transformation officer Gordon von Bretten, with driving the beauty company’s turnaround.

He succeeds Pierre-André Terisse, who has been in the post since February 2019. Terisse will stay on to assist with the transition until February, when Mercier officially starts in the position, and then will become a Coty-designated member of the Wella board. Wella was recently sold to a majority KKR-owned joint venture — KKR owns 60 percent, and Coty owns 40 percent.

Mercier will be based in Amsterdam, starts Feb. 15 and reports to Coty chief executive officer Sue Nabi. He will also join Coty’s executive committee.

Mercier joined Coty as cfo of the luxury division, where he increased operating income by more than 50 percent, Coty said. Before that, he spent 20 years at Danone, where he held several different roles, including cfo of Evian Volvic Germany, Asia, Middle East and Africa, and led Danone’s European dairy business.

“[Laurent] is a very capable leader who has been instrumental in the financial transformation of Coty during an extremely challenging operating environment, building a stronger, more focused and topline-oriented business that’s set up for profitable growth,” Nabi said in a statement. “Laurent knows the business inside-out, playing a critical role in recent months in allocating resources and marketing investments behind the most promising opportunities.

“I thank Pierre-André for all his skill and dedication since joining Coty. His work as part of the leadership team was critical for navigating the incredibly challenging environment caused by COVID-19 and in establishing a strong financial platform for growth, culminating in the successful divestiture of Wella last week,” Nabi continued.

In a statement, Mercier said he was focused on “diligent cost control and reigniting sustainable sales growth,” with the goal of reaching leverage of five times by the end of calendar 2021.

Despite COVID-19, Beauty M&A Is Booming