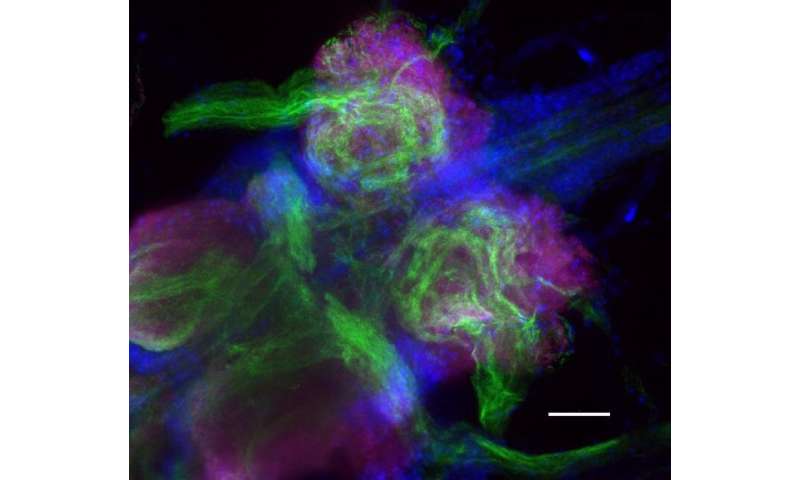 Researchers identified a gene in fruit flies that helps prevent the hyperexcitability of specific neurons that trigger seizures. In humans, mutations in the gene may be linked to seizures associated with Long QT Syndrome. A research team led by Yehuda Ben-Shahar of Washington University in St. Louis report these findings in a paper published 8th August in PLOS Genetics.

The nervous system can be highly sensitive to environmental changes such as swings in temperature or oxygen levels. These environmental stresses are known to cause seizures, but scientists have little understanding of the genetic and molecular causes behind them. Using fruit flies, researchers investigated certain proteins, called ion channels, involved in passing electrical signals between neurons and other cells. They studied a fly gene necessary to block stress-induced seizures, called sei, which functions throughout the nervous system and in the heart. They found that sei primarily protects against heat-induced seizures through its action in specific cell types in the nervous system, but that blocking the gene in the heart had no effect.

Humans have a comparable gene called hERG and previous work has linked mutations in hERG to a condition called Long QT Syndrome, where a sudden erratic heart beat can lead to fainting spells, seizures and potentially even death. The discovery raises the possibility that seizures associated with Long QT Syndrome are related to problems with hERG, not in the heart, but in the brain.

“Individuals with mutations in the potassium channel hERG suffer from seizures, which are often assumed to be a secondary consequence of heart disease,” said author Yehuda Ben-Shahar. “Here we have identified a role for the fly version of the hERG gene in specific brain cell types in preventing the development of seizures in response to acute environmental stresses. We plan to continue using the fruit fly as a model system for investigating the genetic and physiological networks that protect the brain from stress-induced hyperexcitability associated with seizures and related pathologies.”