An app to prevent pregnancy? Don’t count on it 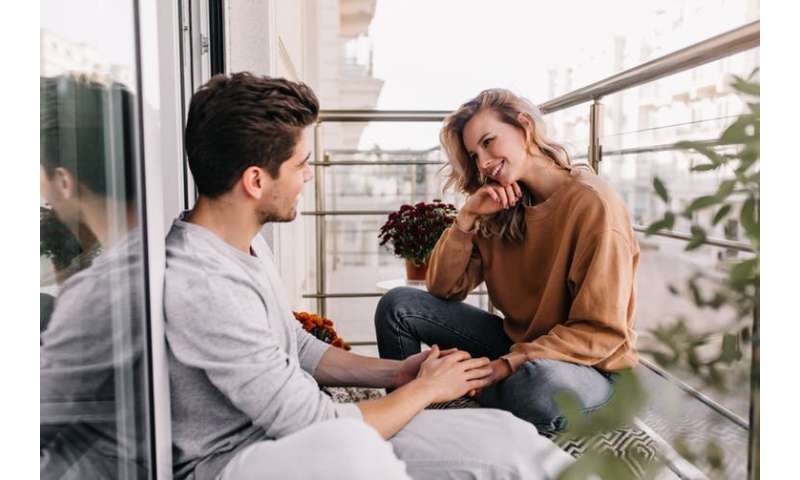 Fertility awareness apps are being championed as a new approach to contraception. In reality, while the technology may be new, women have been predicting the fertile days in their menstrual cycles to prevent pregnancy for a very long time.

But the growth of the “femtech” industry, alongside a seemingly growing wave of younger women looking to move away from hormonal methods of contraception, has led to a renewed interest.

Fertility awareness methods and apps can help women better understand their bodies, are relatively cost-effective, and have no side-effects.

Yet at the same time, the apps rely on dedicated daily monitoring and data entry, and strictly abstaining from unprotected sex for several days each month. They also leave significant room for user error.

Most importantly, their effectiveness remains to be properly proven with research evidence.

How many women are using them?

We don’t know exactly how many Australian women use these apps, but a 2016 survey found 2.8% of contraceptive users aged 18 to 51 were using a fertility awareness method of contraception.

Anecdotal clinical experience points to a small but increasing number of women who may at least be trying a fertility awareness app.

Importantly, not all fertility apps are equal. The earliest apps were designed to predict fertility to optimise a woman’s chance of becoming pregnant. Some apps available today can function either for this purpose, or to prevent pregnancy.

Tracking apps such as Period Tracker and Clue simply monitor the menstrual cycle and associated symptoms.

Contraceptive apps go a step further, using an algorithm to compute the fertile and non-fertile days in a woman’s cycle. The app alerts the user to abstain from sex (or use a condom) on fertile days, and indicates on which days unprotected sex is less likely to lead to pregnancy.

Most of these apps also collect data on basal body temperature, while some call for a woman to examine her cervical mucus secretions—both additional indicators of fertility.

Only Natural Cycles, an app designed by Swedish husband and wife scientists, has been licensed as a contraceptive device (though not in Australia). Although certified by the European Union and US regulatory organisations, it has not undergone the Australian Therapeutic Goods Administration approval process.

How do fertility apps work?

While the eggs released from the ovary each month survive for around 24 hours, sperm can survive for five days or more in the uterus and fallopian tubes. This means a woman has roughly six fertile days each month.

This “fertile window” extends from the five days before ovulation to one day after ovulation. The challenge lies in predicting exactly when ovulation—the egg release from the ovary—occurs.

“Symptothermal” methods, for instance, involve taking the basal body temperature first thing every morning with a special thermometer in the vagina. This checks for the small rise in core temperature that follows ovulation (although illness or a late alcohol-fuelled night out can affect the reading).

A daily check for a sensation of wetness at the entrance to the vagina can also be added. Cervical mucus becomes stretchy and viscous during fertile days to help sperm swim up into the uterus.

The number of directed abstinence days varies between apps. The Natural Cycles app plays it safe with approximately ten “red for no sex” days per cycle, and sends motivational messages to help support adherence.

An app called Dot advises 11–13 high risk days, depending on the user’s cycle lengths and other factors. This longer window is likely because this app relies on menstrual cycle length alone, and so may be less precise in predicting ovulation.

How effective are fertility apps for contraception?

Contraceptive effectiveness is based on the number of pregnancies occurring in the first year of use, both in perfect research conditions and in typical everyday use.

The oral contraceptive pill is more than 99% effective in perfect use, but up to seven in every 100 women become pregnant in the first year of typical use, due to forgetting pills or running out.

Implants and intrauterine devices (IUDs) are more than 99% effective in each case.

High-quality studies for fertility awareness methods of contraception are lacking, but rates are quoted at between 75% for typical use, and up to more than 99% in perfect use.

Studies of the Natural Cycles app report a typical use failure rate of 7%, similar to the contraceptive pill. But these studies have been controversial and their authors have acknowledged limitations in capturing accurate data on unplanned pregnancies.

For example, in one study, the pregnancy rate relied on users logging a positive pregnancy test result on the app, but also on assumptions made about possible pregnancies among women who discontinued the app and therefore weren’t followed for the duration of the research.

Where to from here?

Although the “perfect use” figures may look high, we need more rigorous research into fertility apps—which notably leave much room for “imperfect use.”

Learning to use fertility awareness methods of contraception can be complicated and arduous to maintain. Modifying sexual behaviour in line with instructions from the app can also be a challenge.

Research into the Natural Cycles app found high discontinuation rates. Some 54% of women stopped using it after one year of use.

Women who are dissatisfied with other methods of contraception or prefer a hormone-free approach for personal or medical reasons, and are comfortable with the demands of the method, may choose to use apps.

But the bottom line is, fertility awareness apps are not as effective as other methods of contraception (particularly IUDs and implants). Apps require dedicated daily monitoring and data entry, strict adherence to when you can and can’t have unprotected sex, and leave room for user error.

The scientific community will continue to call for more high-quality research, while fertility apps with seductive “scientifically proven” and “clinically tested” claims will undoubtedly proliferate.